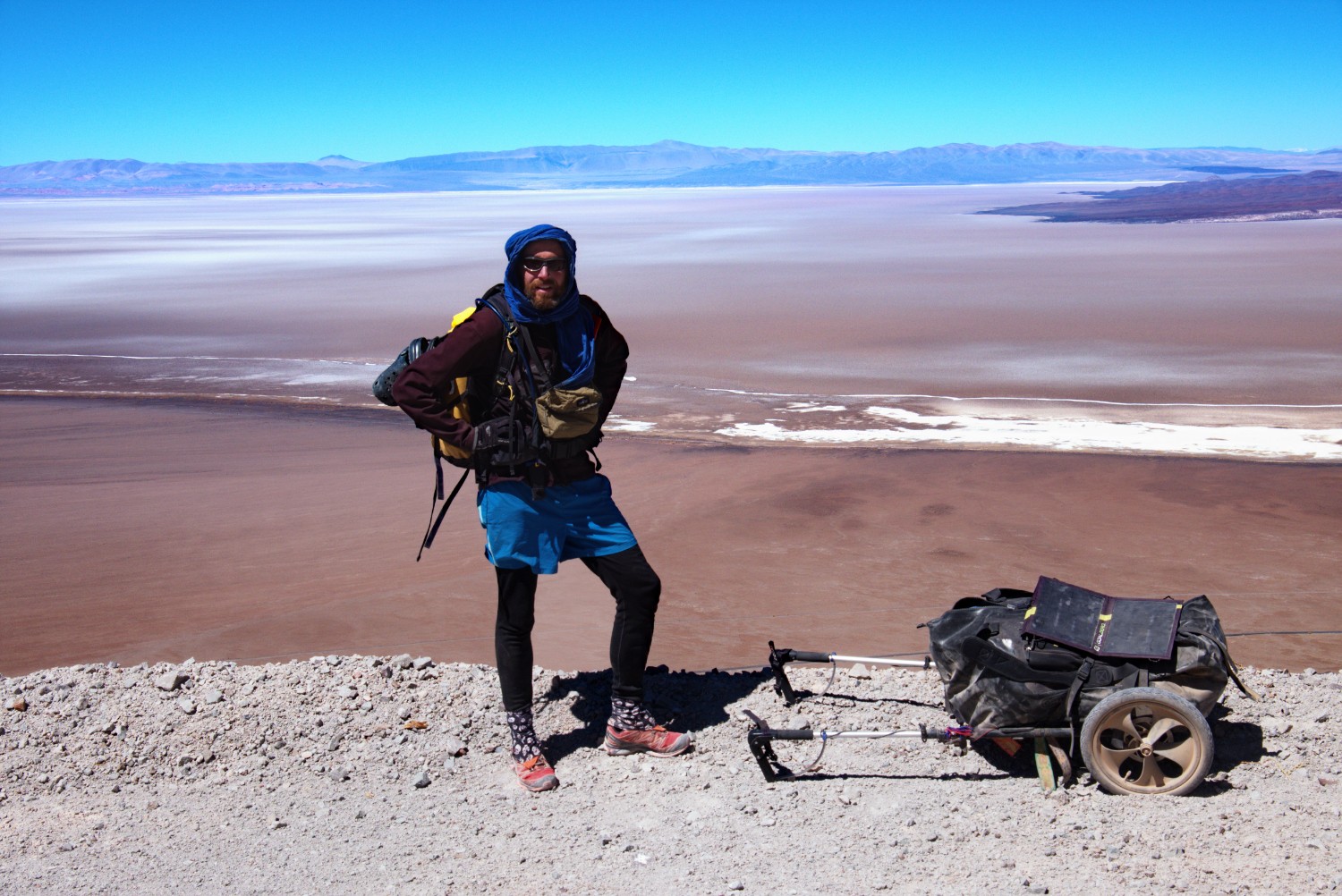 There it was - the mixed feeling of fascination, motivation, respect, excitement, joy and fear. It was August 2016 and I stood in the middle of a dirt road close to the town of Peine, approximately 100 km south of San Pedro de Atacama, Chile. Food for roughly 2 weeks and 22 liters of water were stowed on my hiking trailer.

The weeks before, I walked across the Altiplano from the town of Uyuni in Bolivia over a distance of 600 km down to San Pedro in Chile. So after this amazing experience, the ultimate showdown should be Paso Socompa (translated: the other side) - the terrifying legend amongst the long-distance bicycle community in South America.

I felt ready for this final adventure and had a solid plan already prepared the months beforehand - as it turned out, I was able to put most of my plan into reality: After crossing parts of the outskirts of the Atacama desert south of Peine, I climbed up the lonely road of Paso Socompa, partly using old railway tracks as shortcuts, until I reached the border military station between Argentina and Chile. From there, I descended into Argentina, visiting the tomb of the “aleman muerto” Karl Wilmer who died in a whiteout in the 1930s on a 4300 m mountain pass, until I reached the Salar de Arizaro, the 2nd biggest salt lake in Argentina. I was about to cross the salar from West to East, when the military picked me up and brought me to Tolar Grande by 4x4 vehicle. So I got a free pickup for the last kilometers - more below. 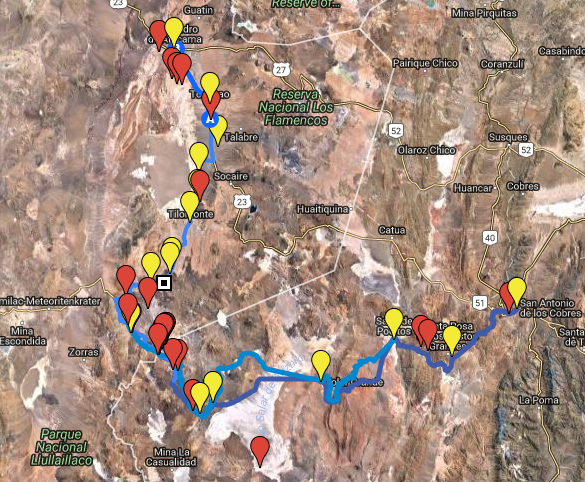 All in all the total distance was about 250 km divided by the border military after approx. 130 km. The border station was also the only inhabited outpost on the complete trip and a safe place to count on water resupply. Regarding food, there was no official possibility to resupply over the stretch of the 250 km.

The trip can be done in 10 days - or even less depending on your performance and the extras you want to do (from the border station, you can even climb the Socompa Peak at 6051 m altitude) which I couldn’t due to lack of food supplies and time - perhaps next time.

The trail contains typical dirt road conditions, similar to the Altiplano trip, and is therefore perfectly made for the Benpacker Hiking Trailer. The climate, especially during the first 80-90 km, is very dry with potential hot days (25-30 C) and mild nights around 0/-10 C. It will get colder

as soon as we climb up to Paso Socompa. But when I say dry, I mean really dry: The Atacama is commonly known as the driest non-polar place in the world. The sun is a threat in the same way as it was on the Altiplano - what got worse, was the dust. Important to notice is the possibility to short-cut the 4x4 trail by using the railroad tracks that go up to the mountain pass as well. The landscape in the beginning is quite desert-like with small hills and therefore a lot of “up and down” hiking. This changes as soon as you climb and reach automatically a more Puna-like landscape. 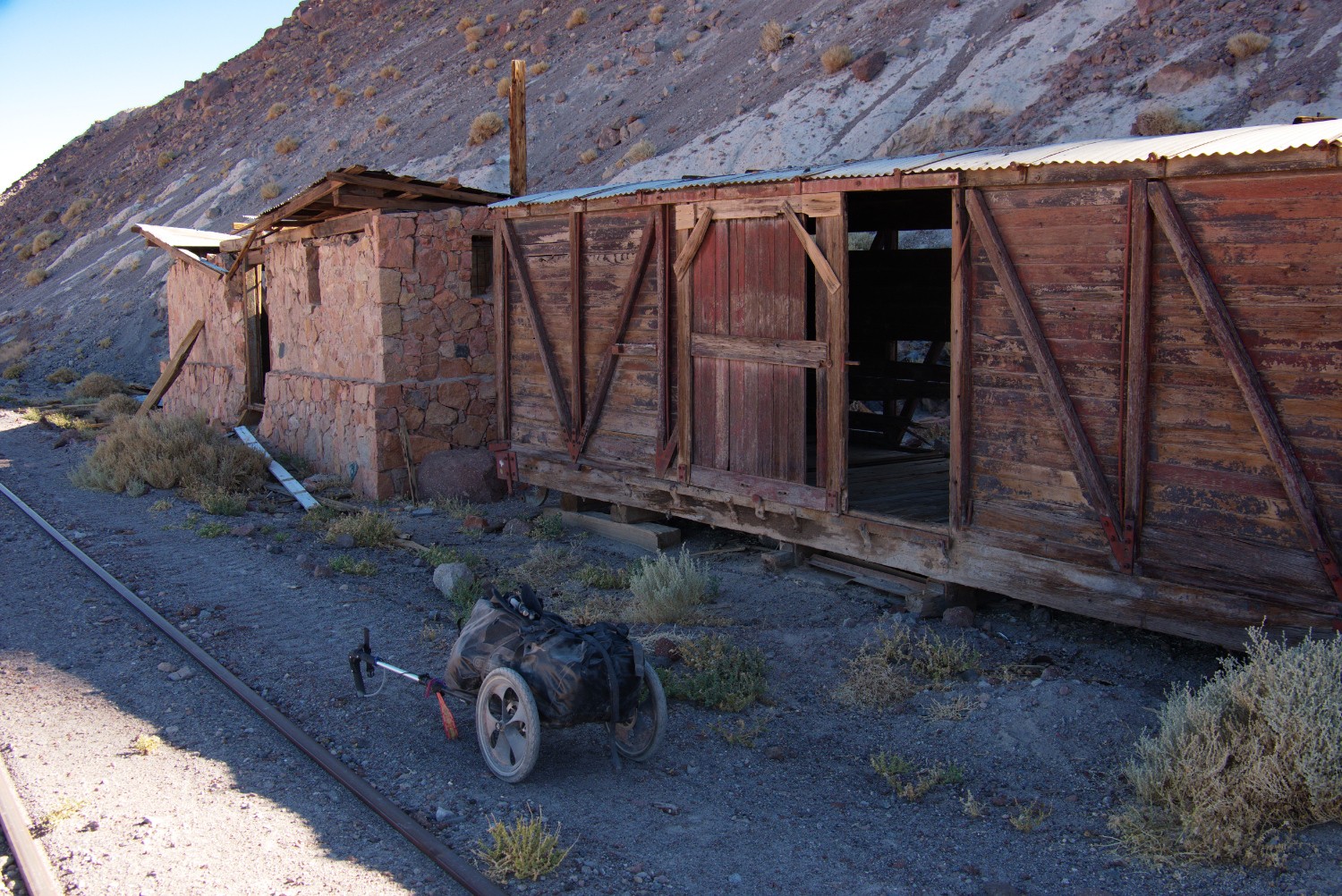 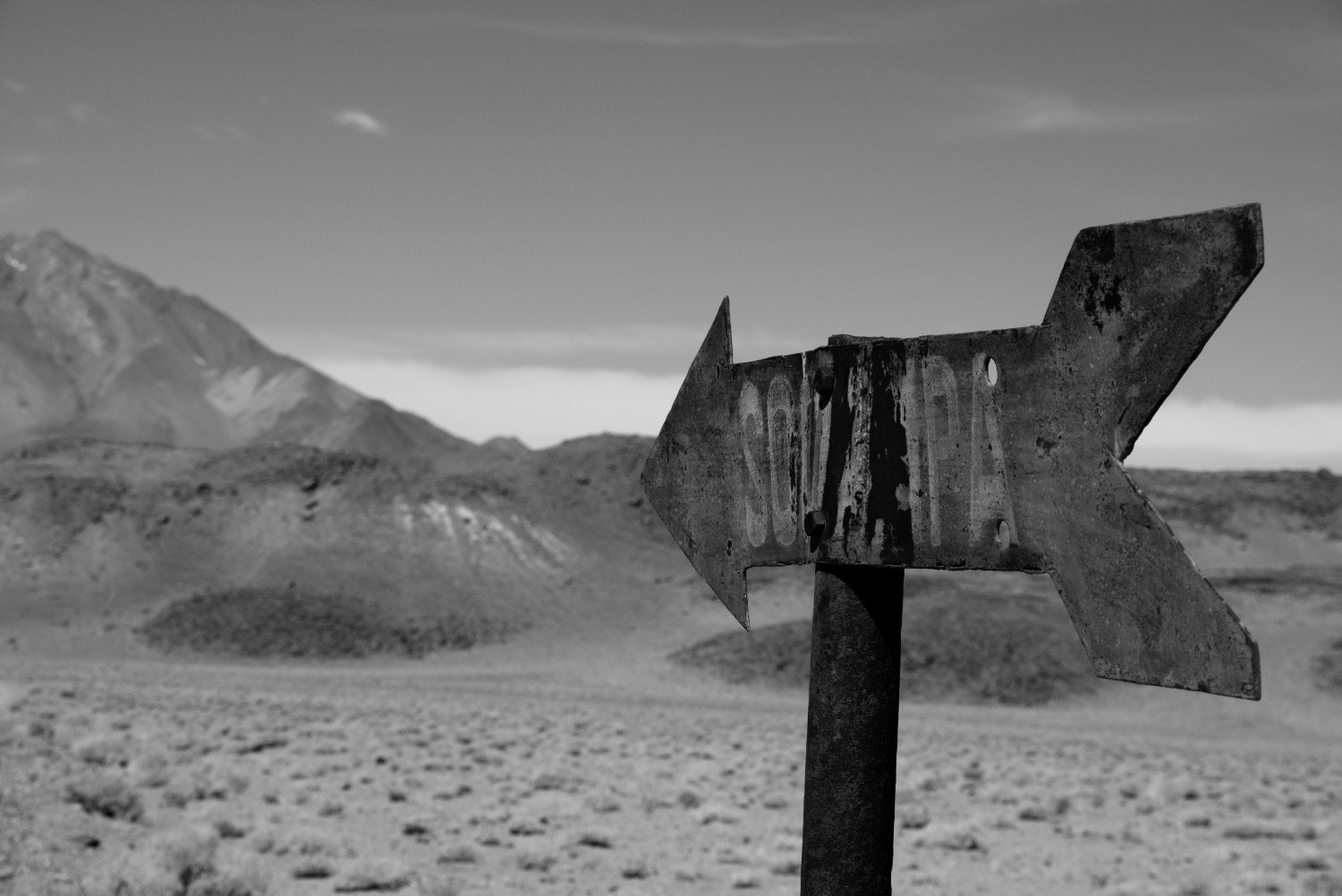 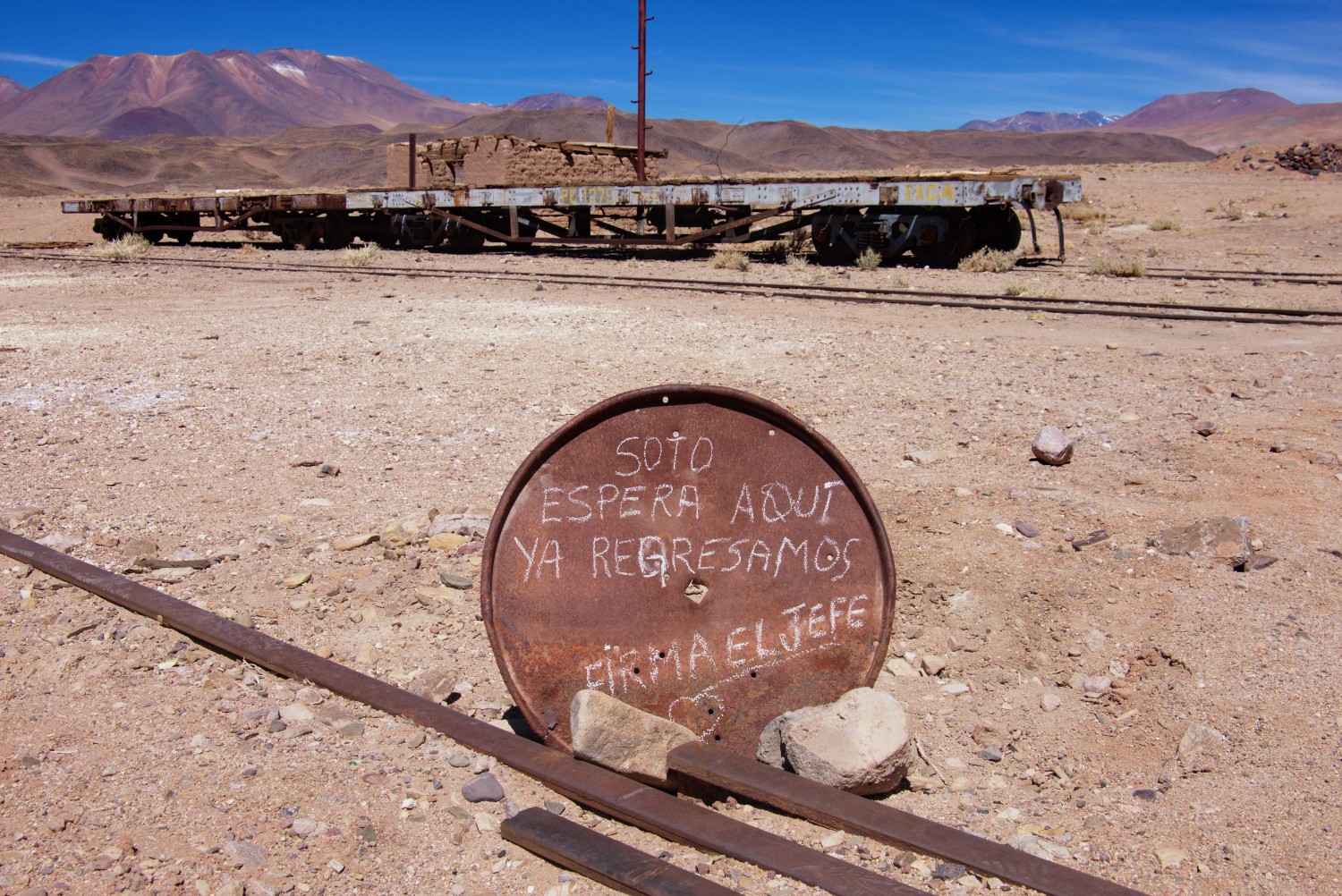 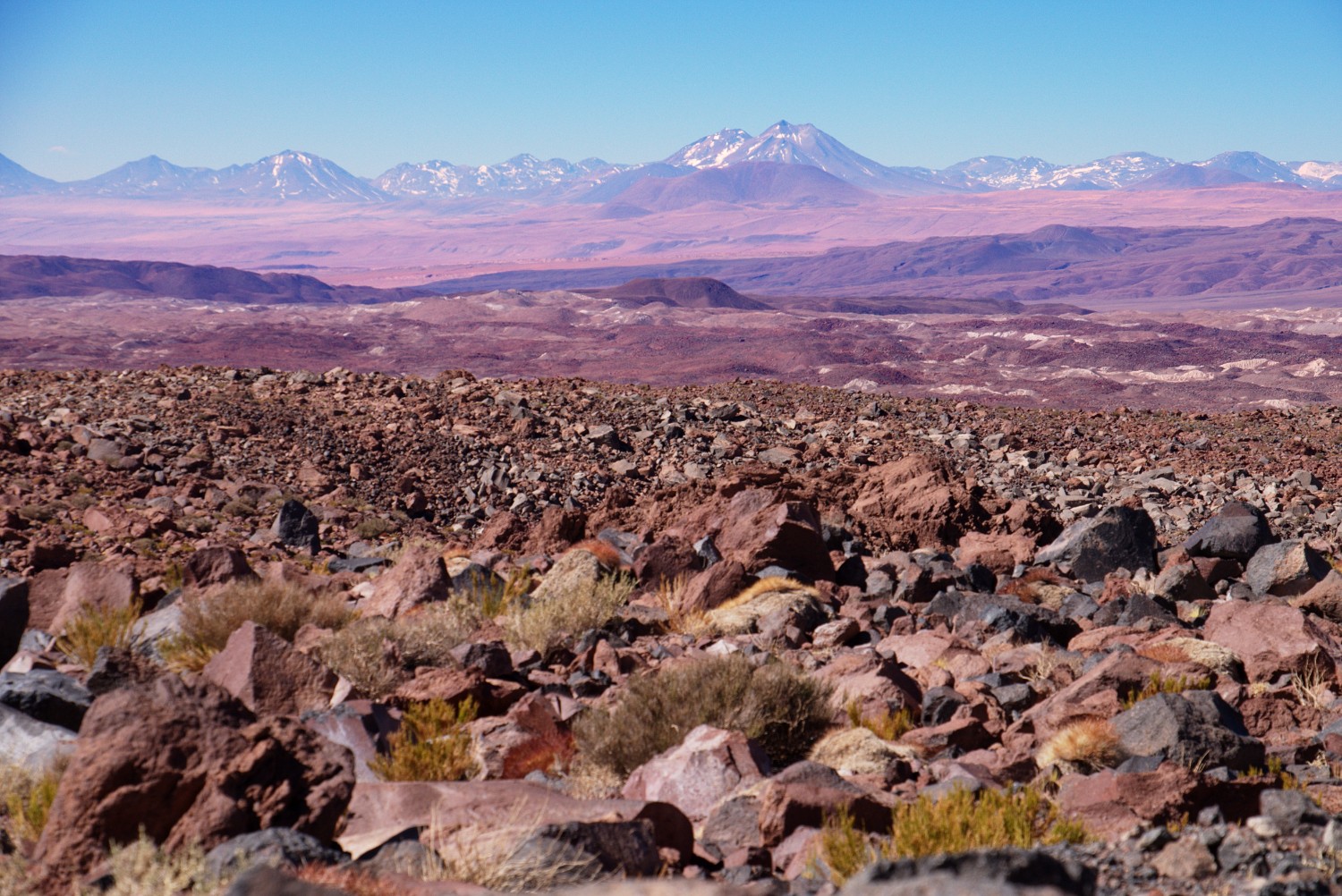 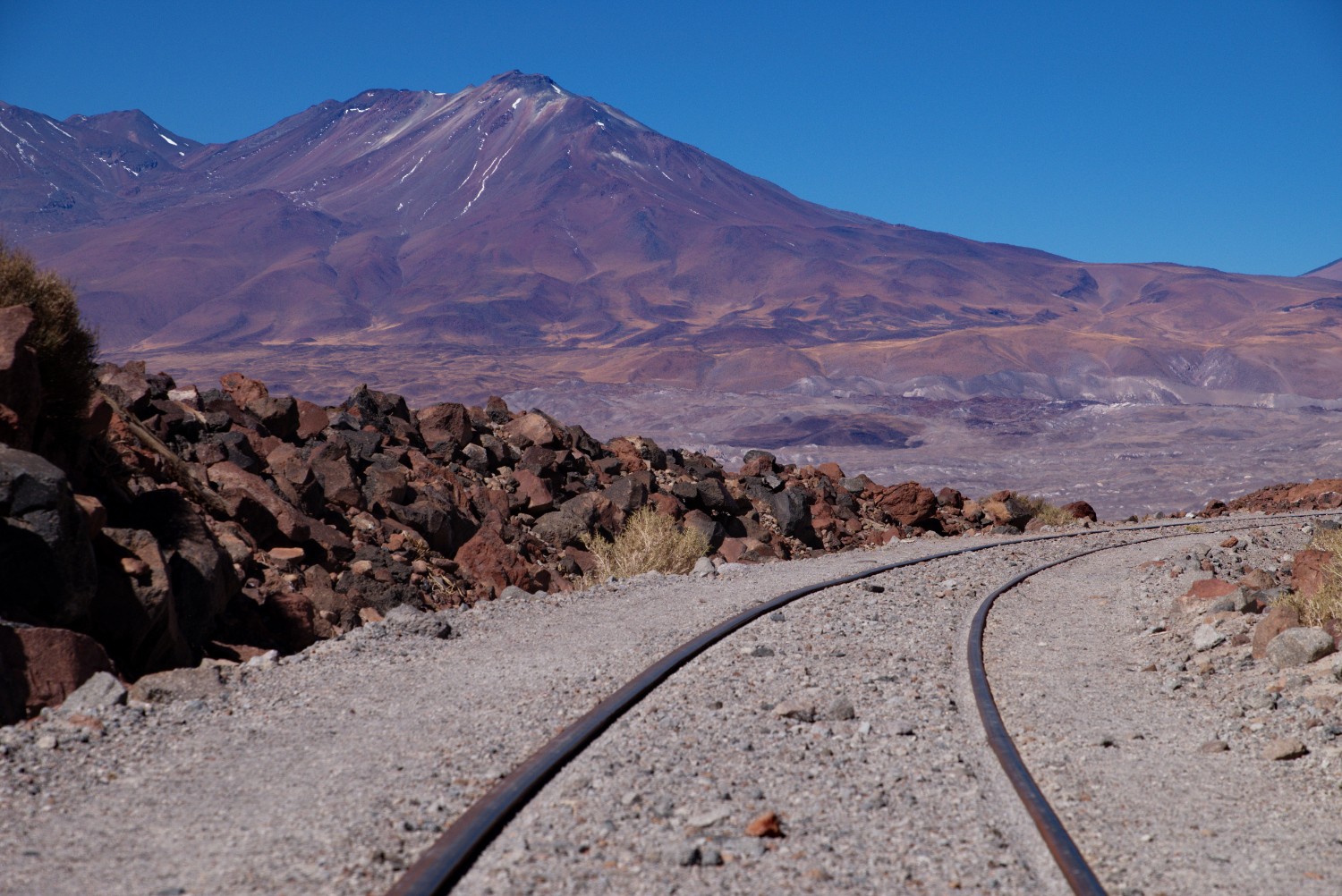 During this section, surface conditions remain the same but you will have to fight with heavy tail- as well as headwinds. Furthermore, the temperatures in the mountains can drop below -20 C and the strong winds can create arctic conditions also during the day. Water still remains one of the biggest challenges - but at least you will not encounter warm/hot days anymore. Perhaps you will get a cloudy sky on some days so be prepared in terms of power management for your electronic devices.

Additionally, you will pass Laguna Socompa, lately subject to several scientific studies in regards to stromatolites. These fellows are photosynthetic microorganisms that have been discovered in a rare find in the Laguna Socompa.

Quote from the Nature article:

In the lakes, where salt levels are more than 135 parts per million and nitrate levels are high, the stromatolites have no competition for nutrients and can thrive. The high elevation means that there is relatively little oxygen in the atmosphere, and levels of ultraviolet radiation can be 165% that of sea level. “This environment is similar to the one in which stromatolites originally developed,” says Farías. 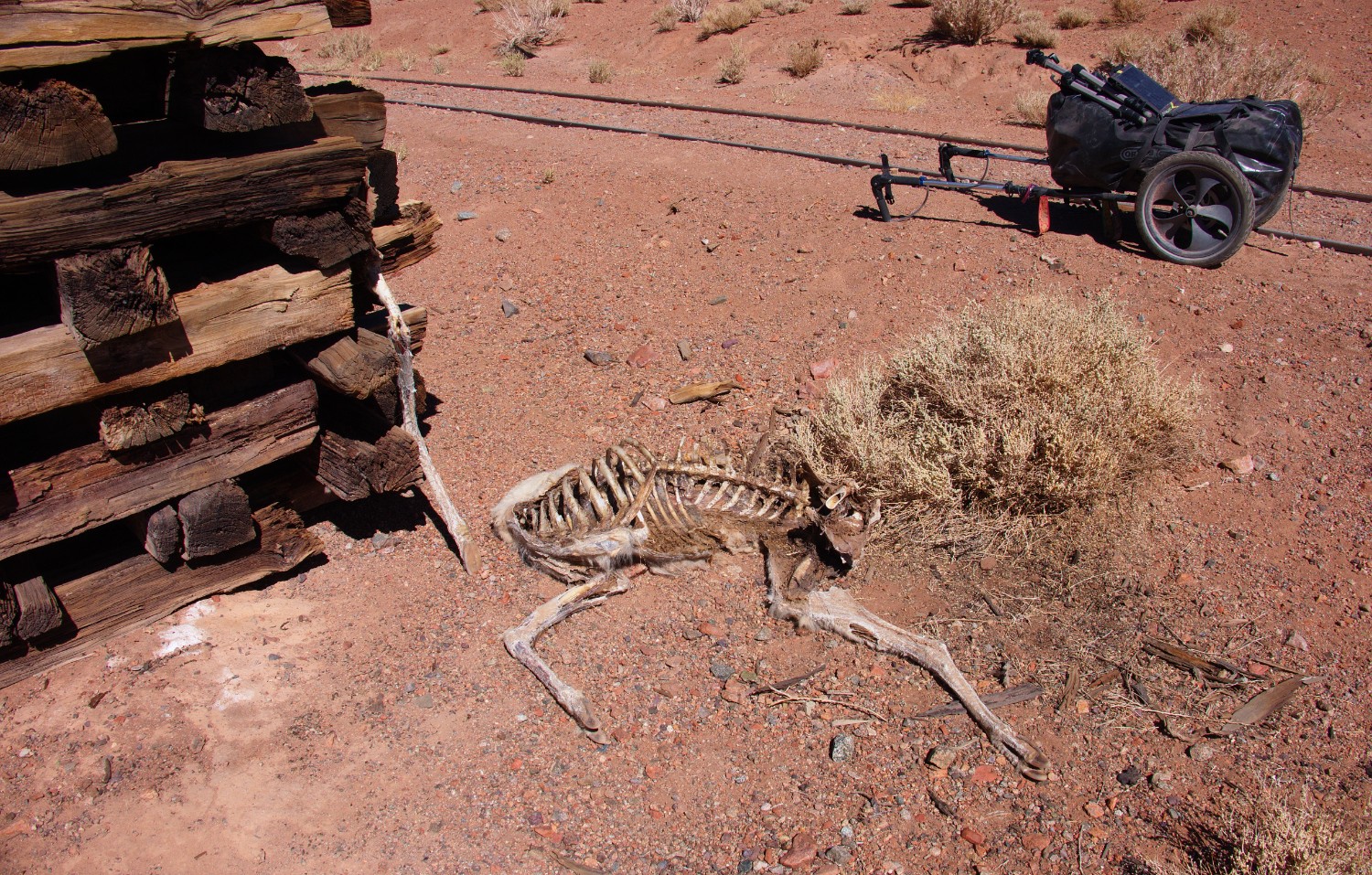 So similar to the Altiplano, you will come across evidences of our “living planet”. All in all this section is one of the most challenging ones I did throughout the whole weeks in the Altiplano/Puna region. I understand much better now why the “aleman muerto” basically died up there: this section is the home of the famous and deadly viento blanco that comes up from time to time. Besides all these challenges, the final descend from the mountains into the salar will provide you with amazing views. 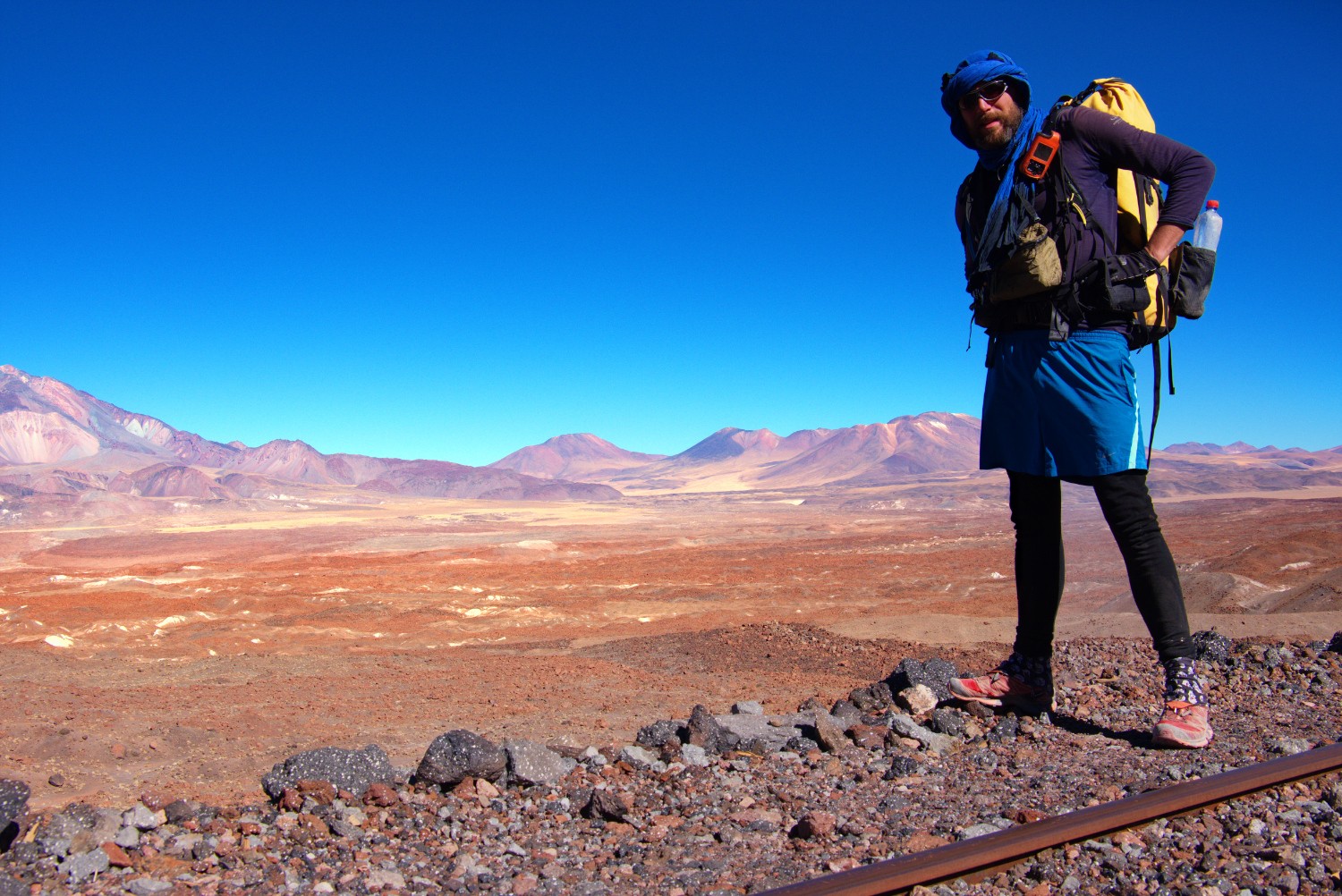 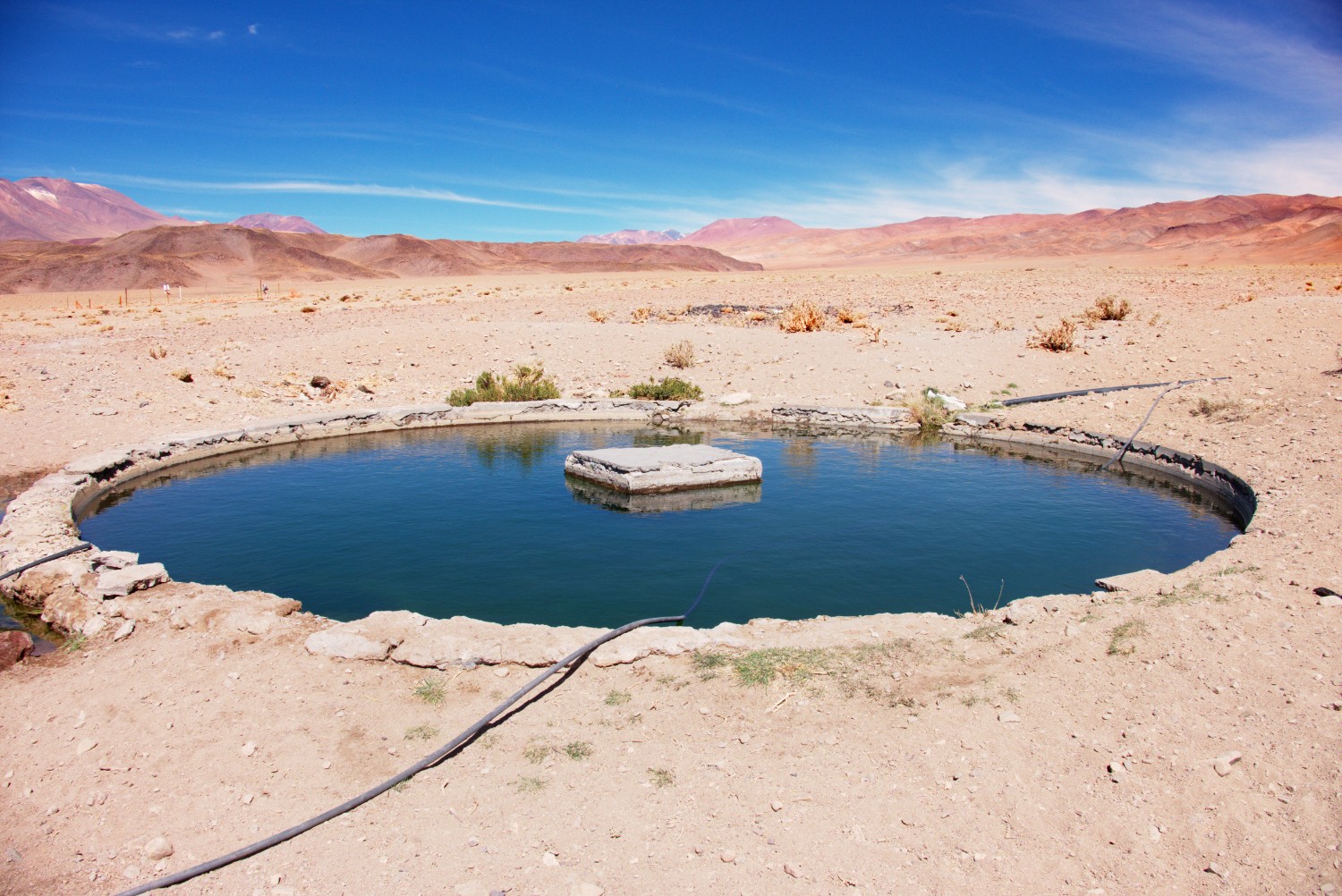 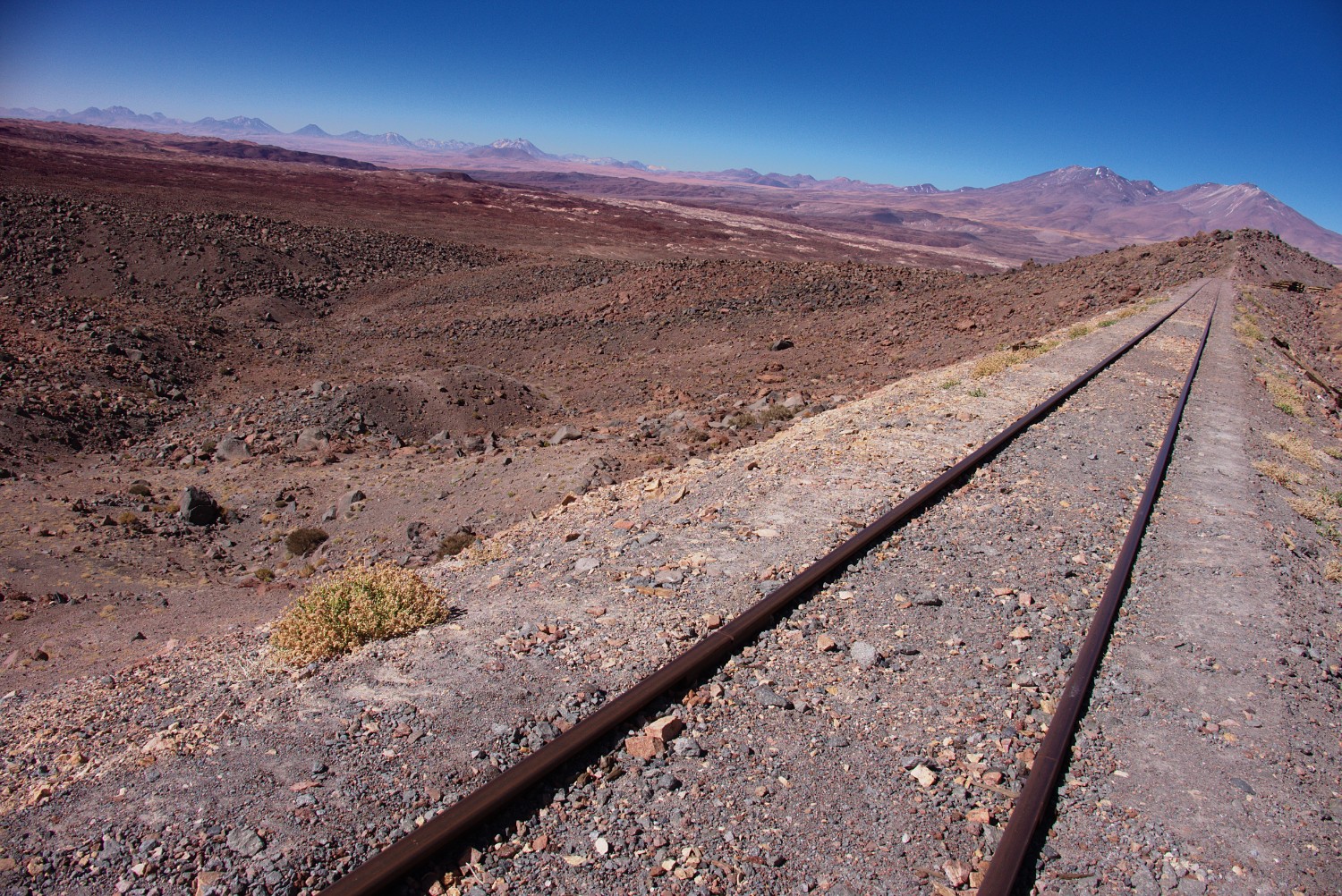 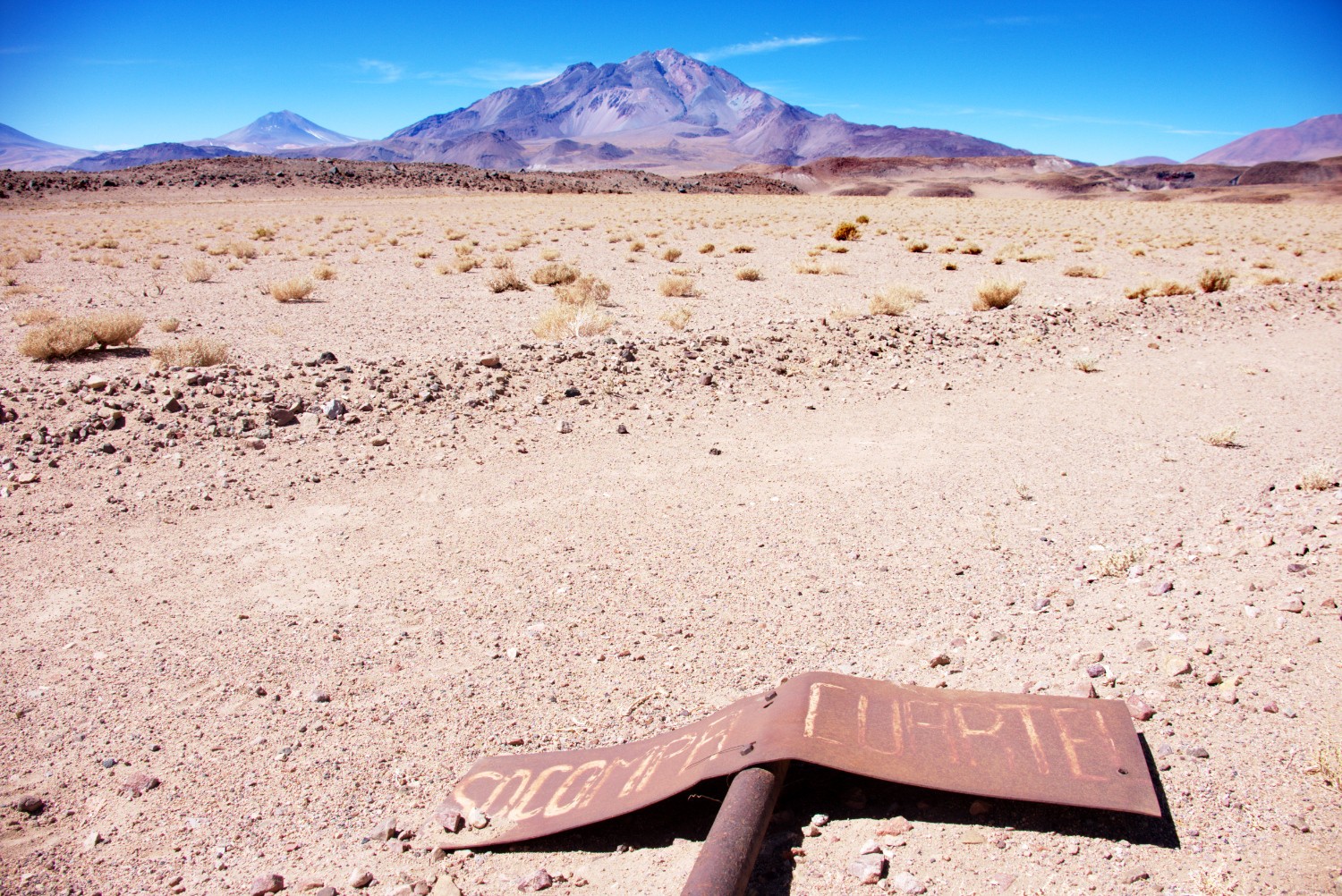 Crossing the Puna de Atacama over the Andes by foot, solo, is a unique, once-in-a-lifetime experience that I’m very grateful for. Although it was rough and exhausting, every meter was worth it and I would absolutely do it again.

The story around the aleman muerto is fascinating and I spend a lot of time on the trail to think about the differences between this poor fellow and myself. The main difference was basically the technological advantage I had. I brought proper equipment such as sleeping bag, warm clothes, enough water/food etc. He was wearing a suit according to what I heard and didn’t have any additional equipment that could protect him from the whiteout he got in. Additionally, I think it was also bad luck for him since I was in the area basically at the same time of the year: end of August vs beginning of September. I had relatively good weather conditions while he encountered a whiteout. But even in case he would have survived the storm, a long way would have laid in front of him with plenty more challenges: crossing the Andes to Chile, then crossing parts of the Atacama until he reaches the ocean. This was definitively a high risk trip in the 1930s. 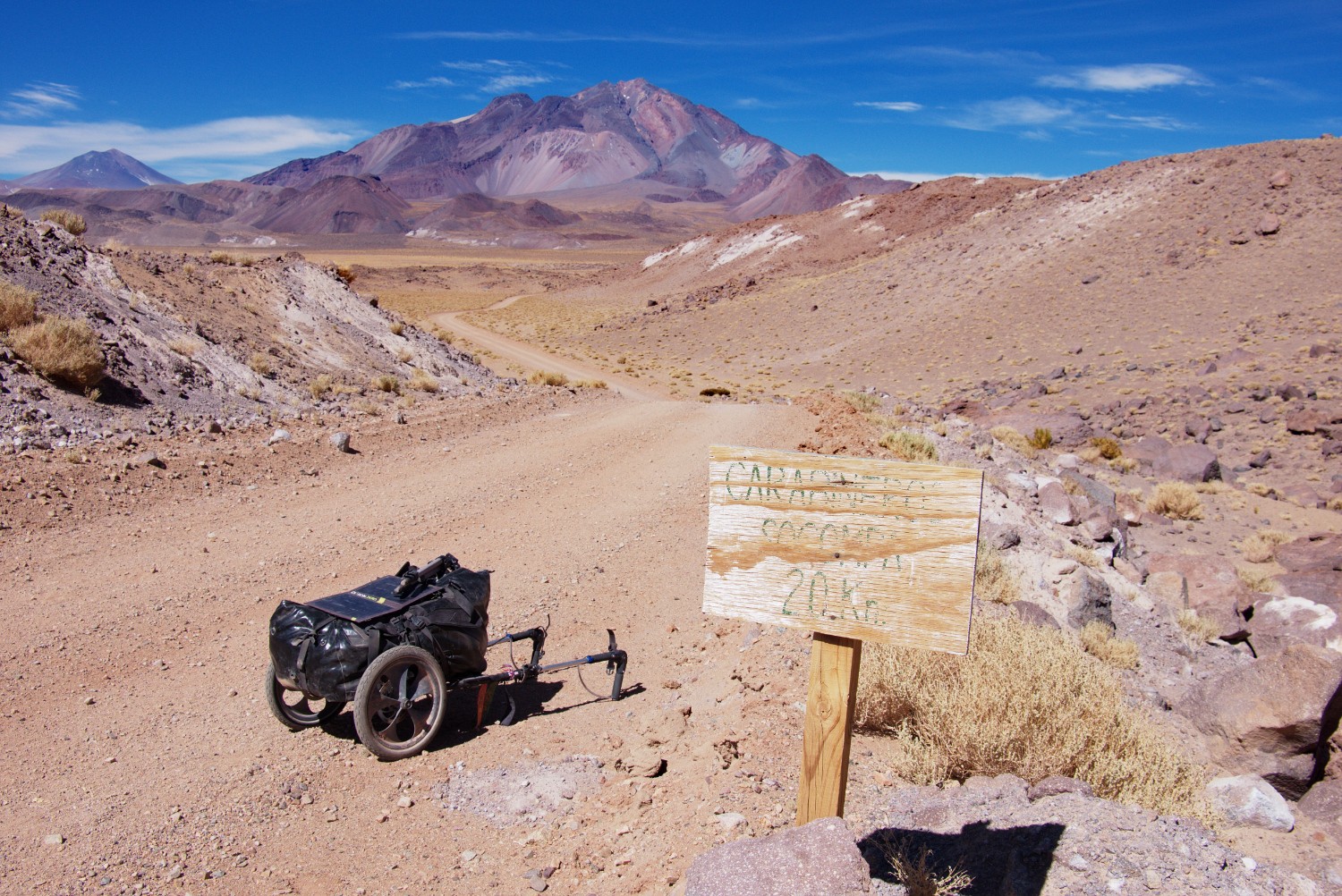 As a conclusion I can say that hiking the Altiplano and the Puna in South America is not a walk in the park - it’s rough, special, and requires a lot of power of endurance - but it’s doable! More importantly, it needs proper preparation and especially to be honest with yourself: If you get sick due to the altitude, get down! If you run out of water, get to the next place with water immediately! If you think you didn’t pack enough warm clothes, review the list again and pack some more.

Don’t argue with yourself too much if the case is serious - don’t let your ego succeed. Arguing with your ego is a difficult task especially if you have a strong emotional relationship with the trip and you are motivated to go out and do it. But there is no place for heroes on the Altiplano. Not controlling your emotions and your ego in such cases could end up badly for yourself.

Compared with all the other desert hiking trips I did throughout the last 15 years in Jordan, Egypt, Israel and Syria, the Altiplano / Puna region is the most special one. It’s not simply a desert - it is a desert combined with the altitude of the Mont Blanc and some arctic-like weather conditions. 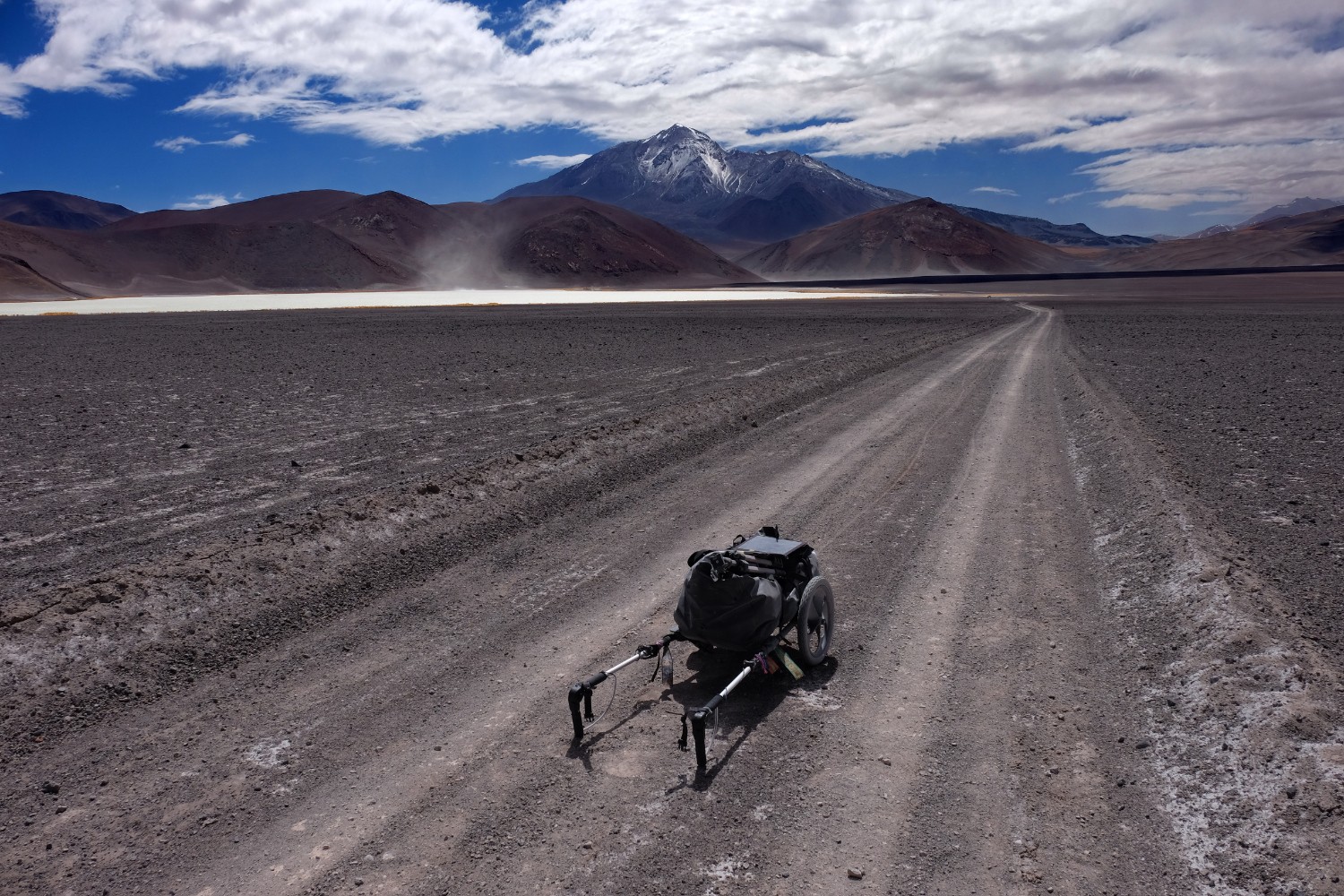 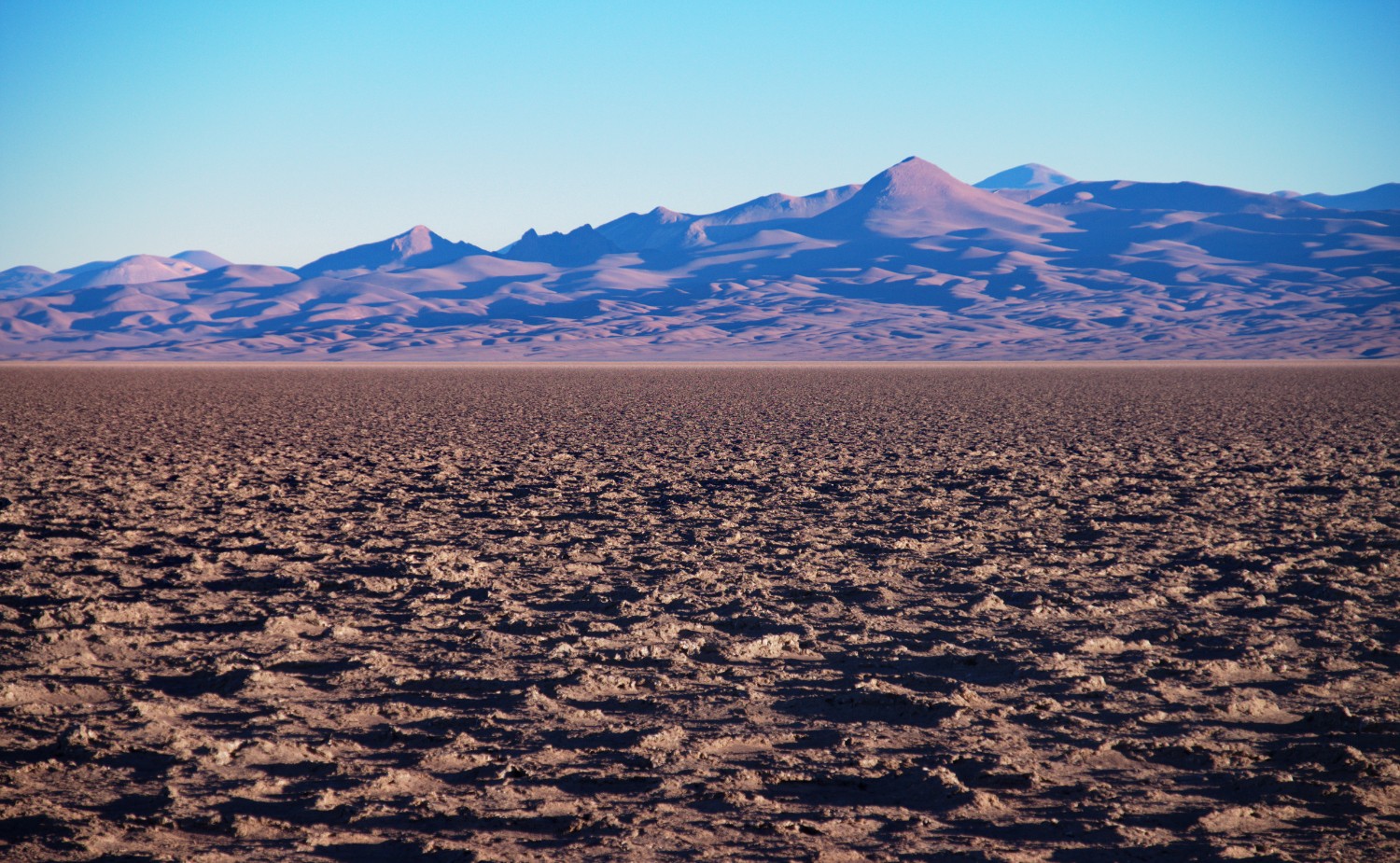 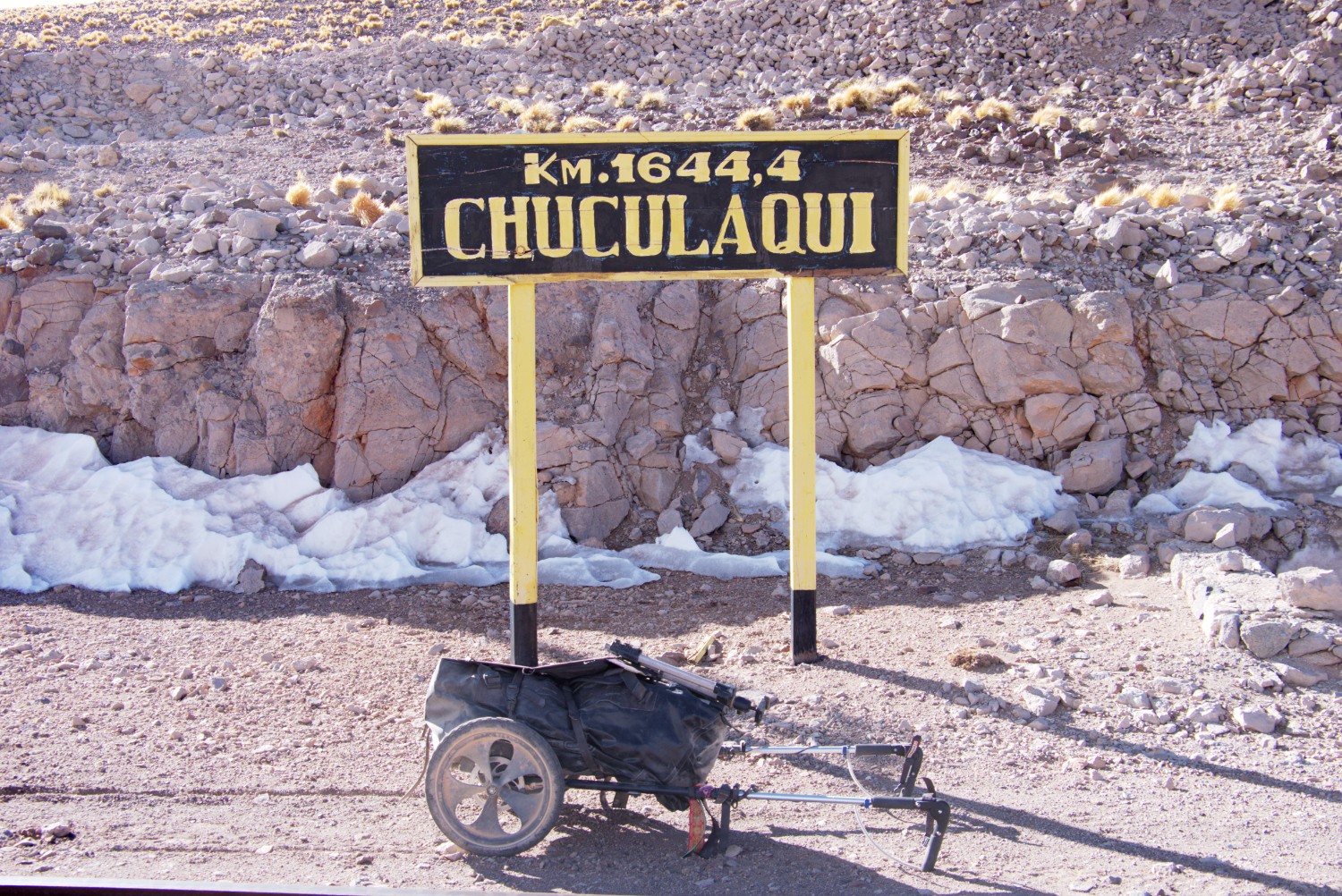 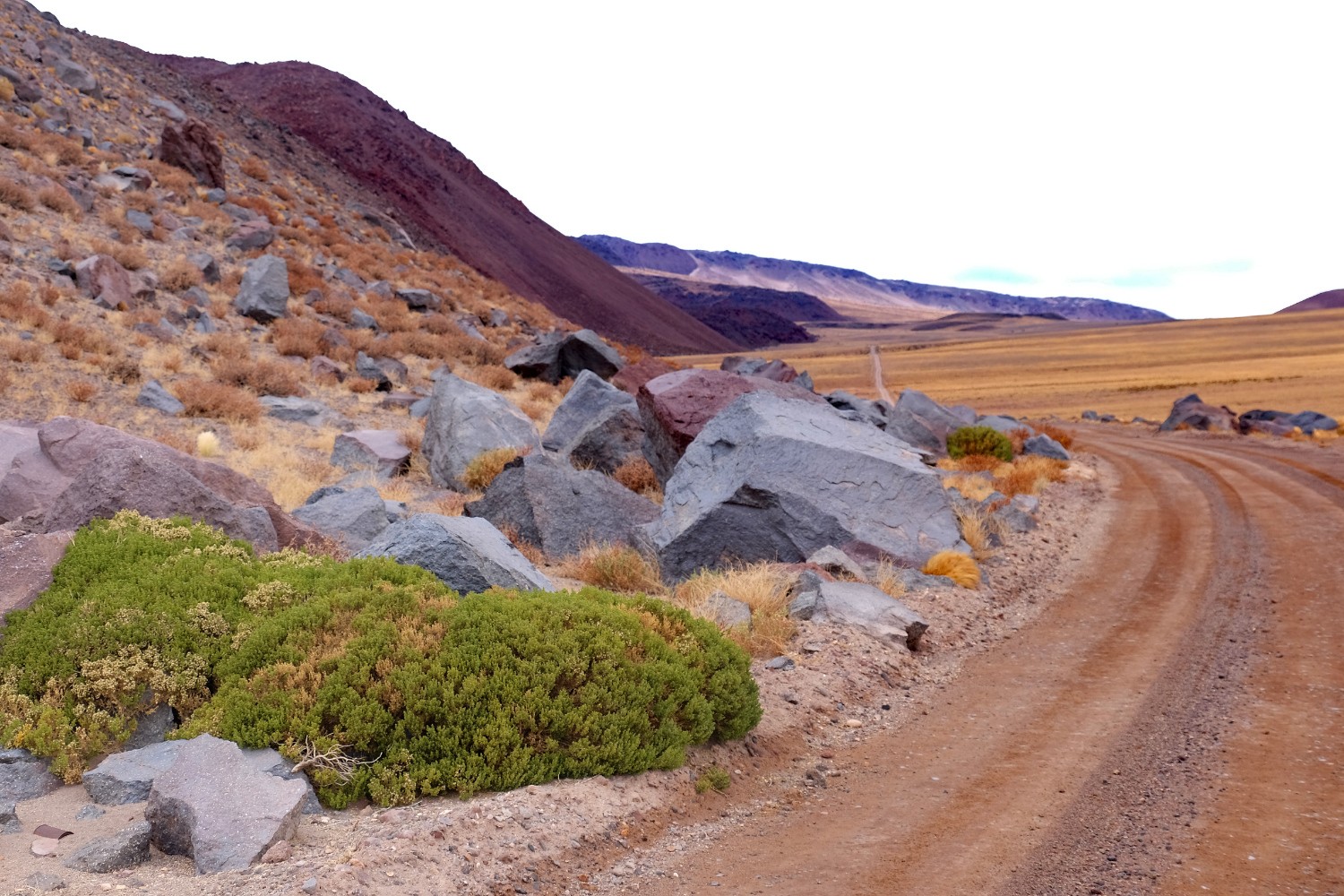 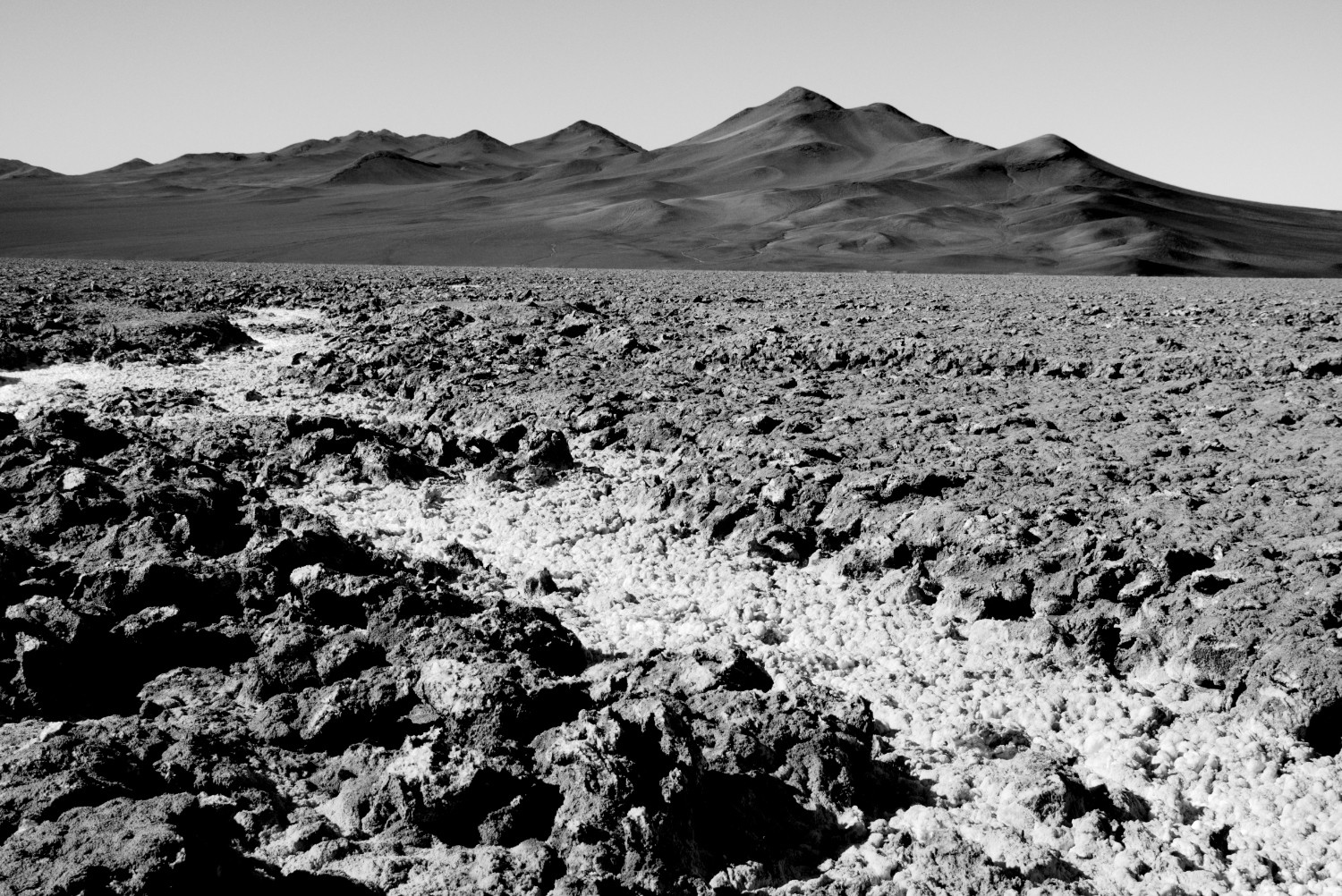 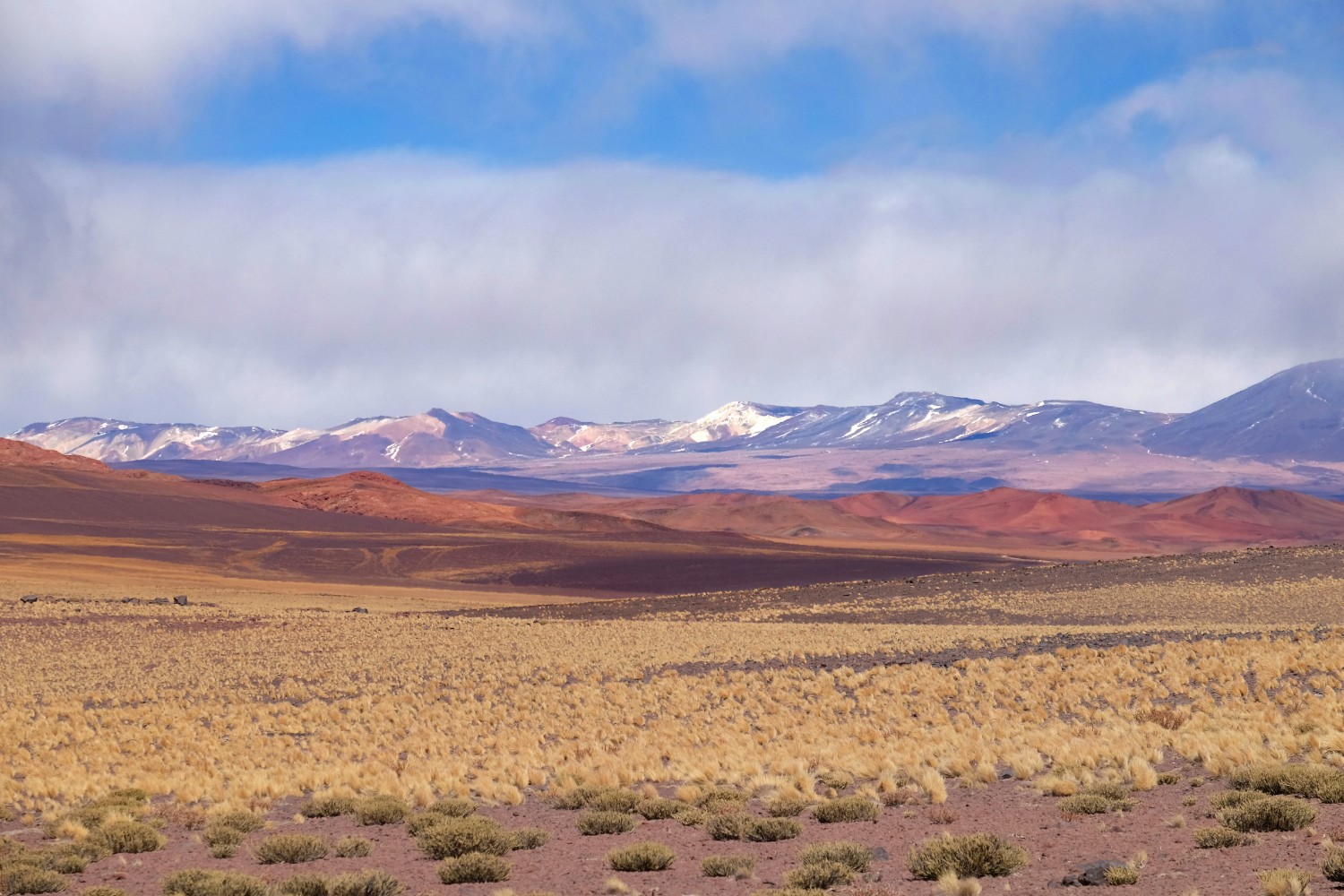 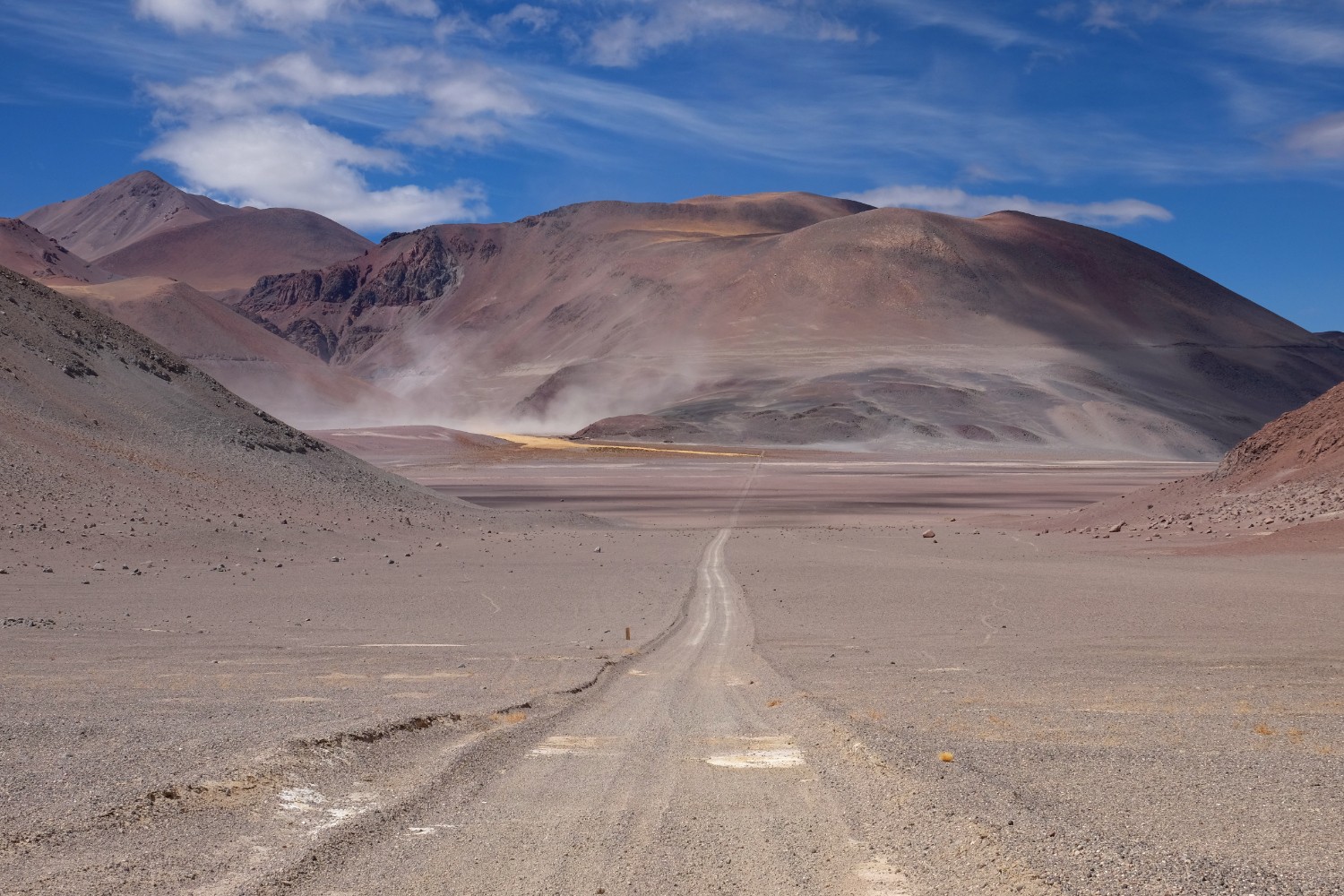 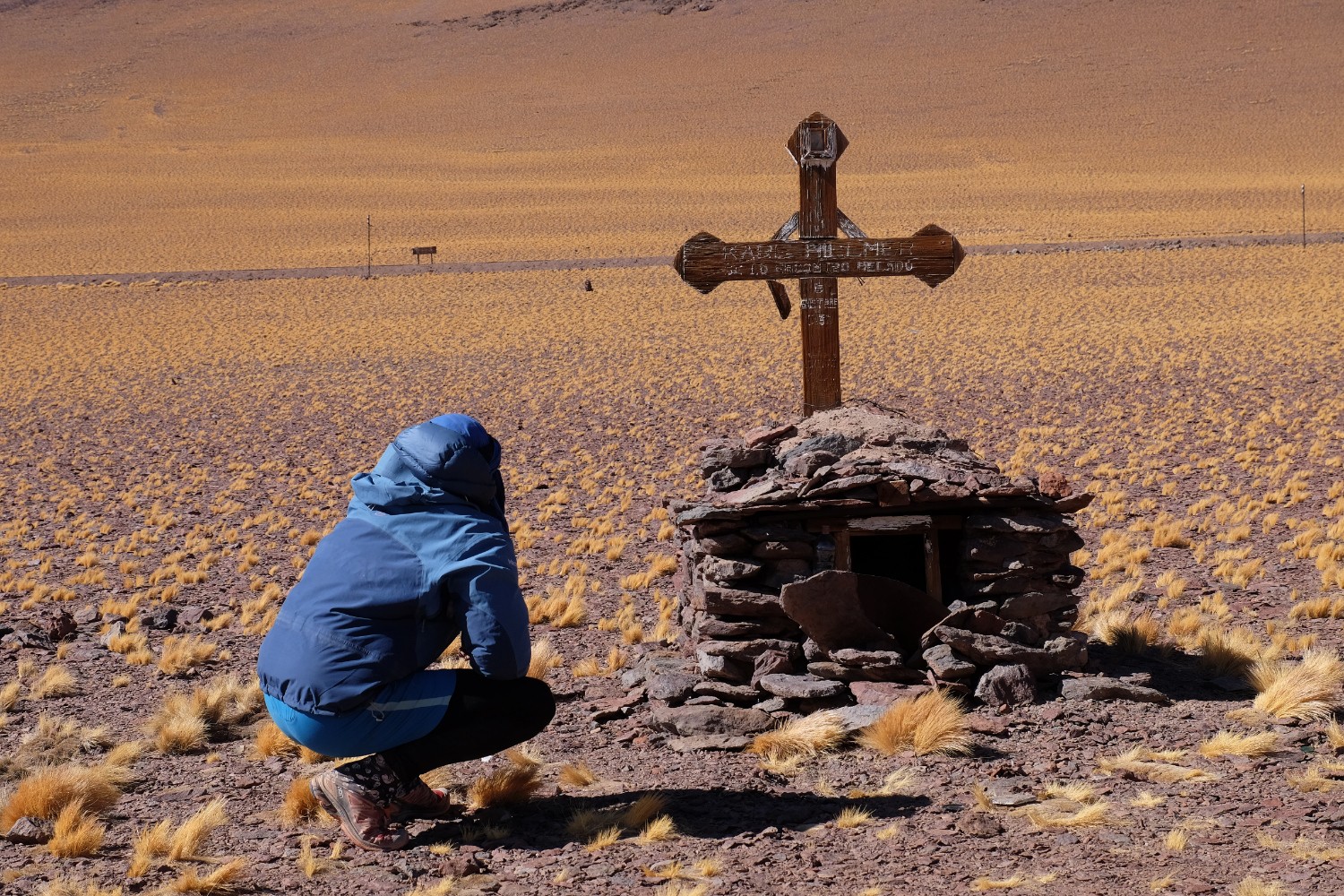 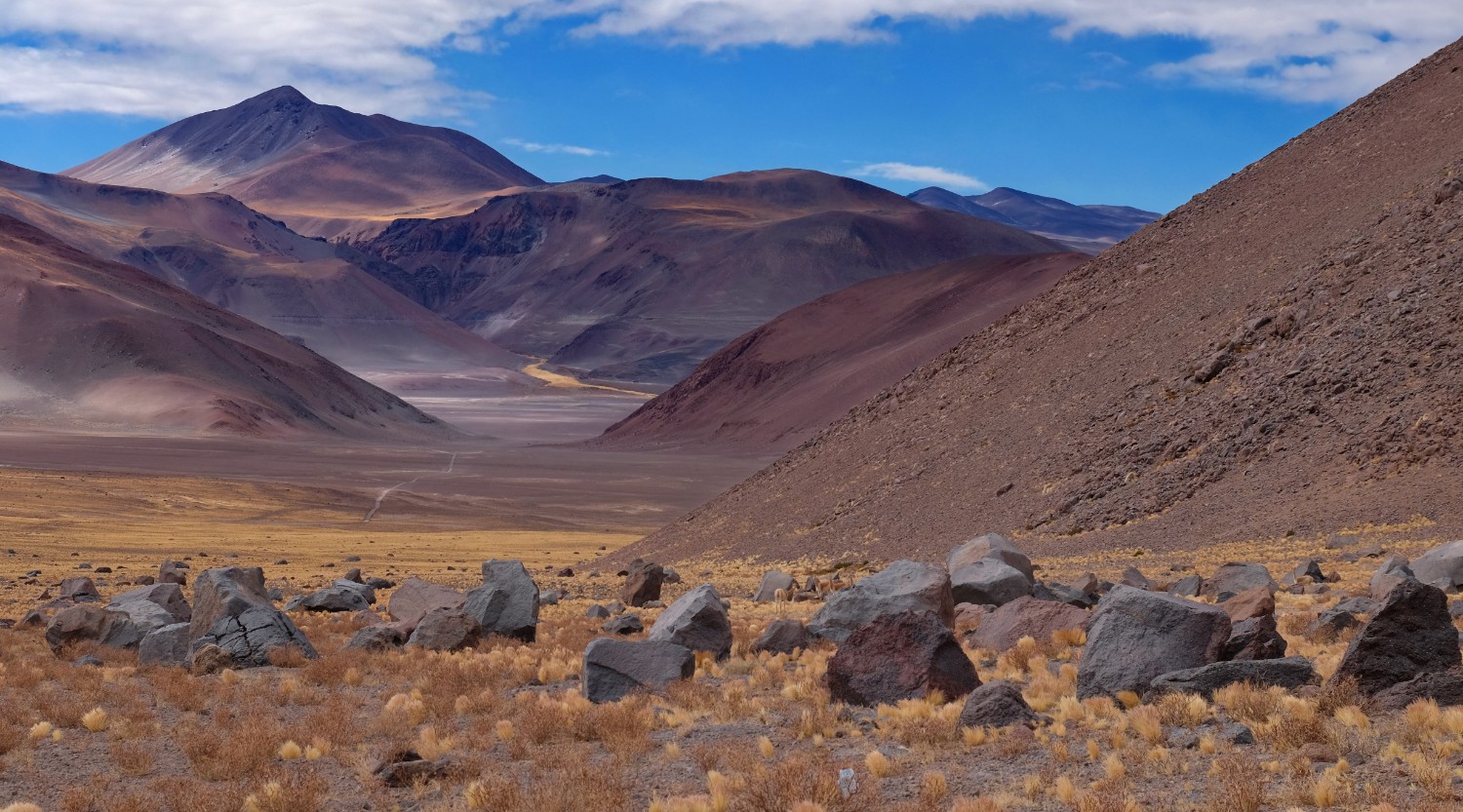 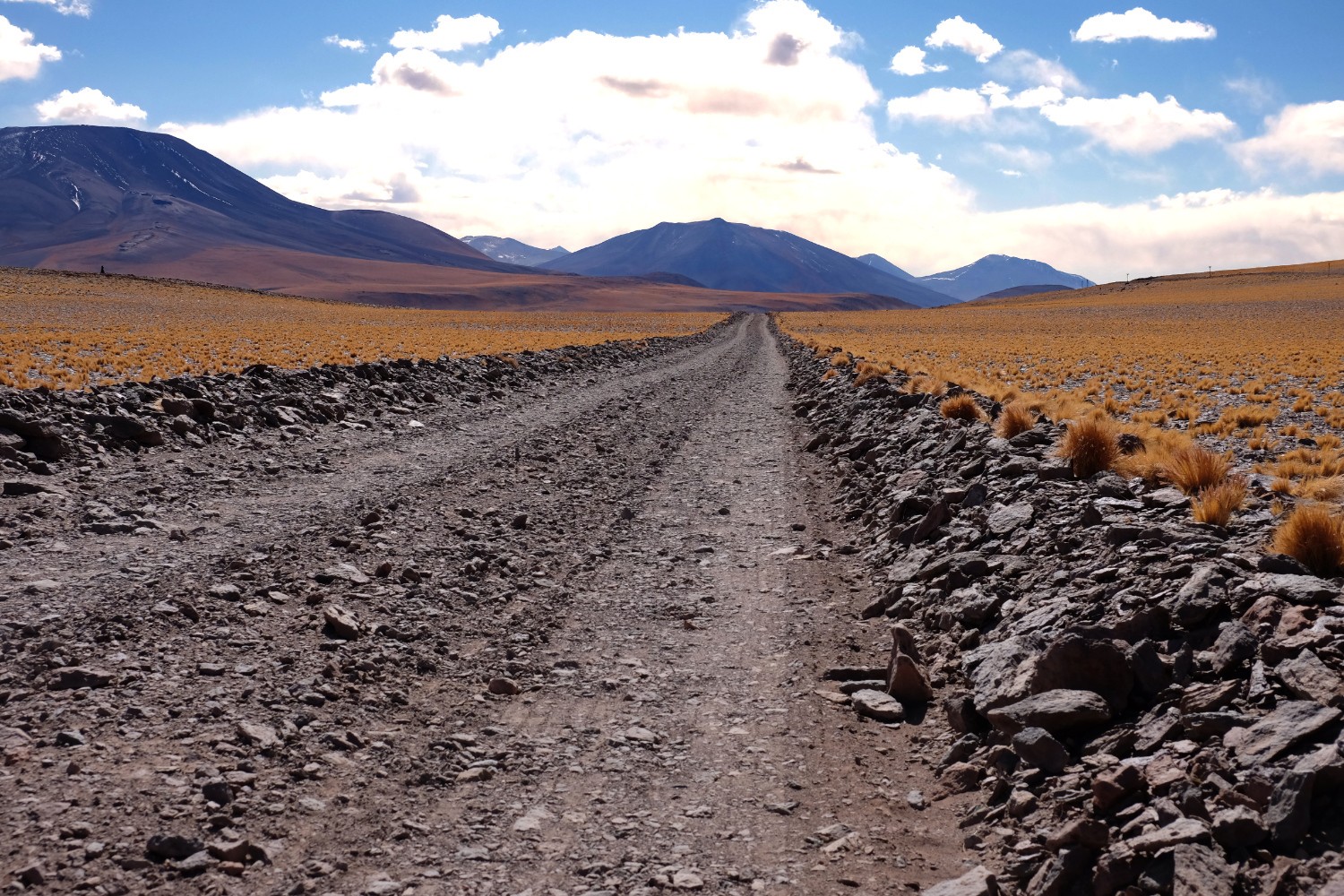 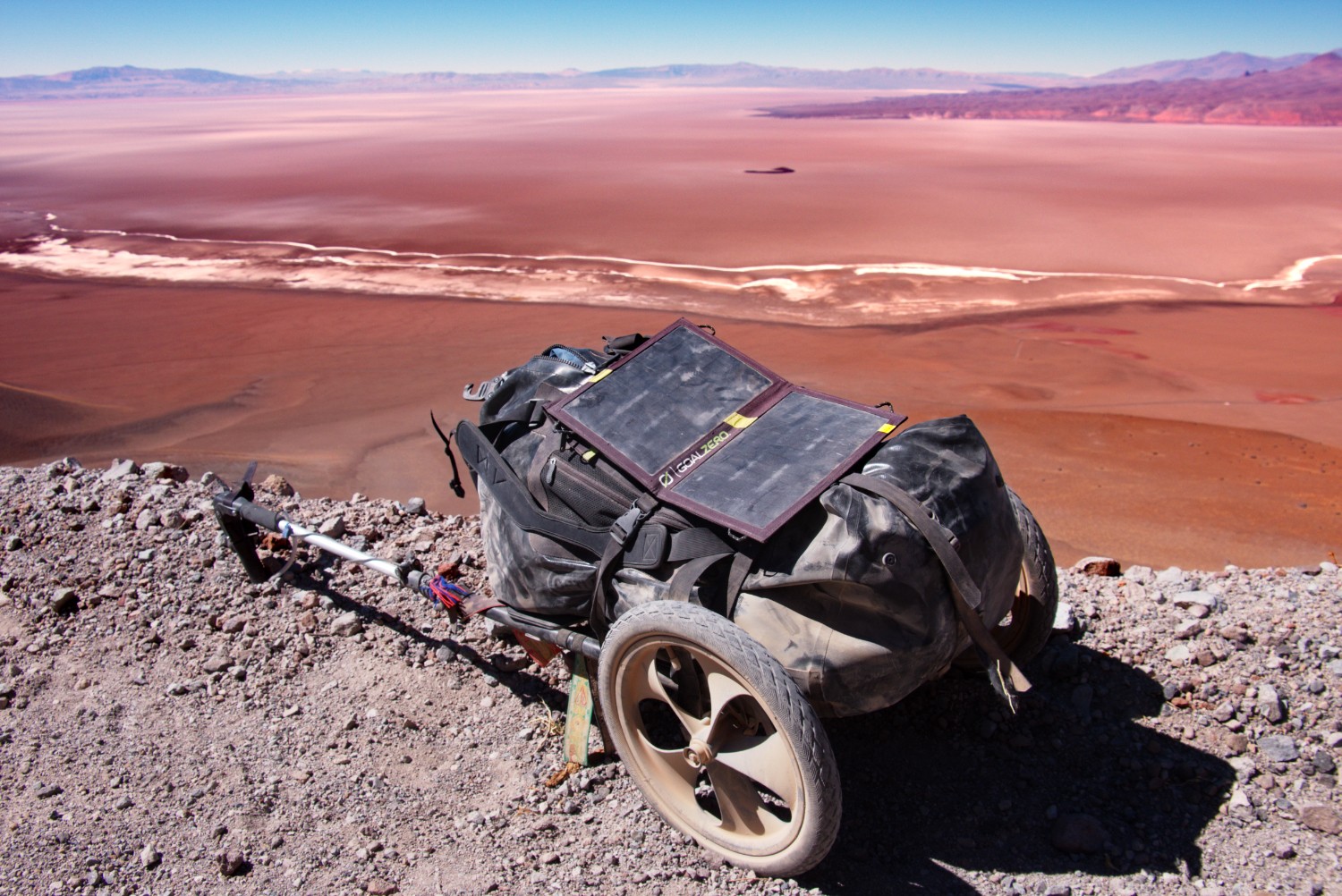 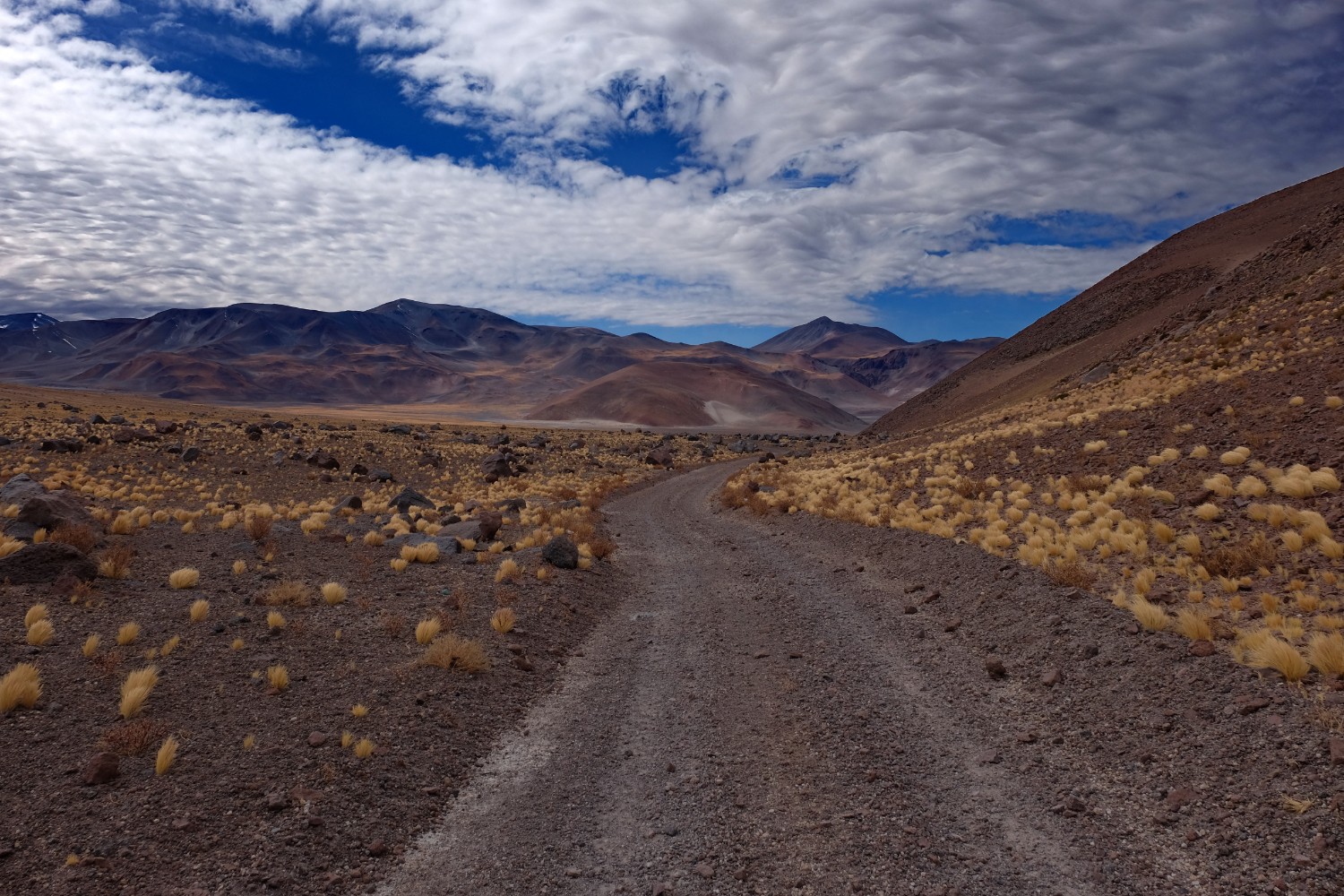 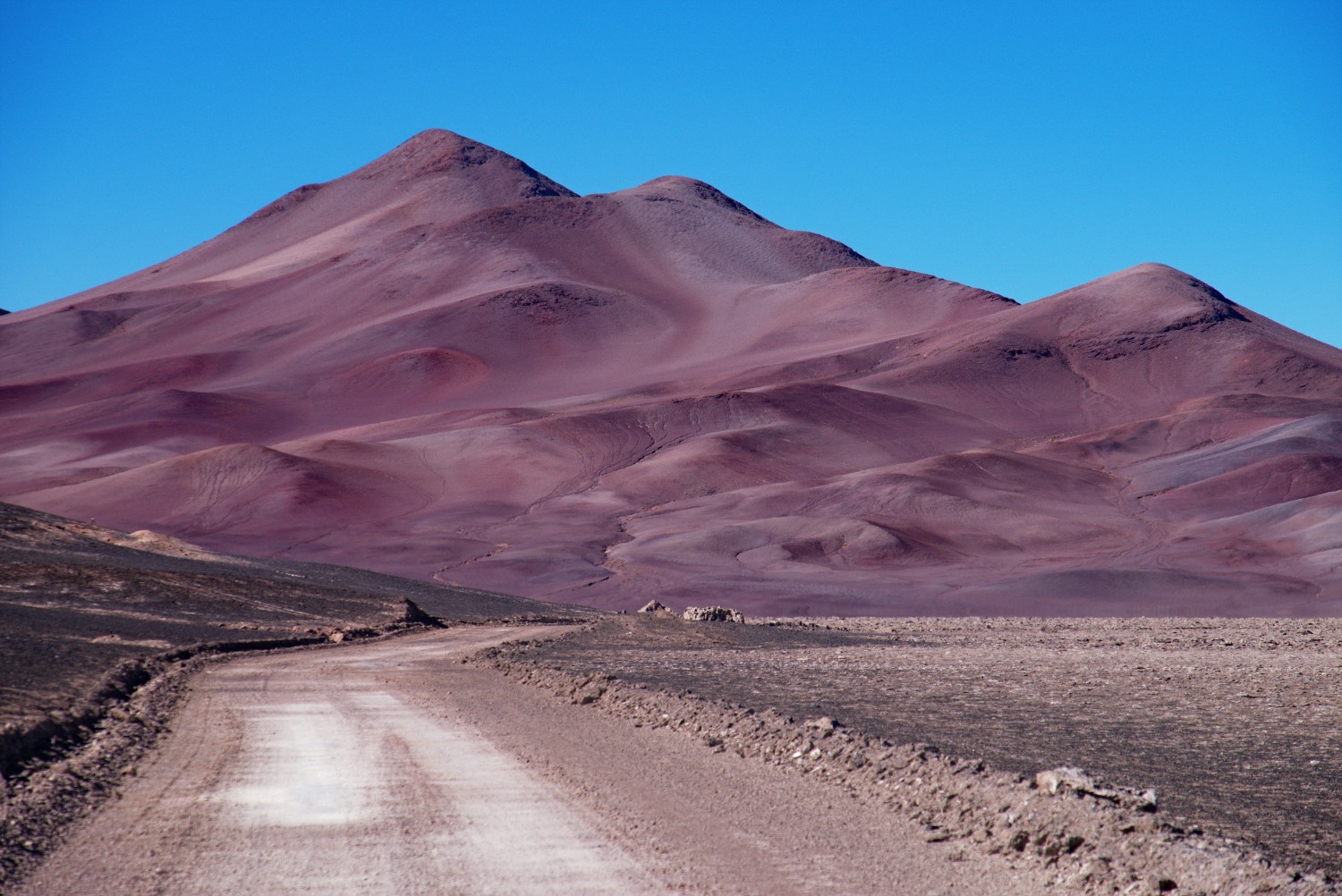 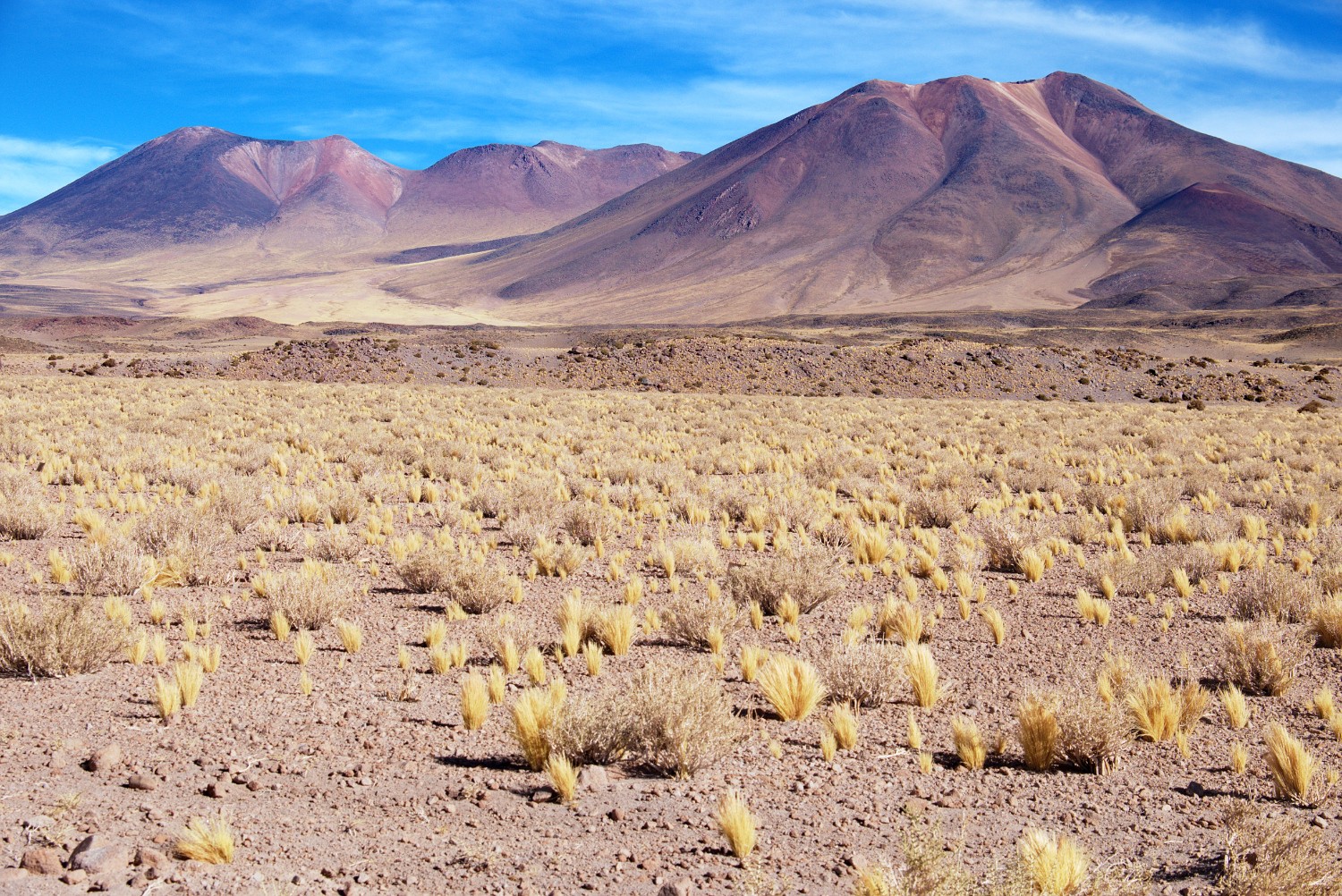 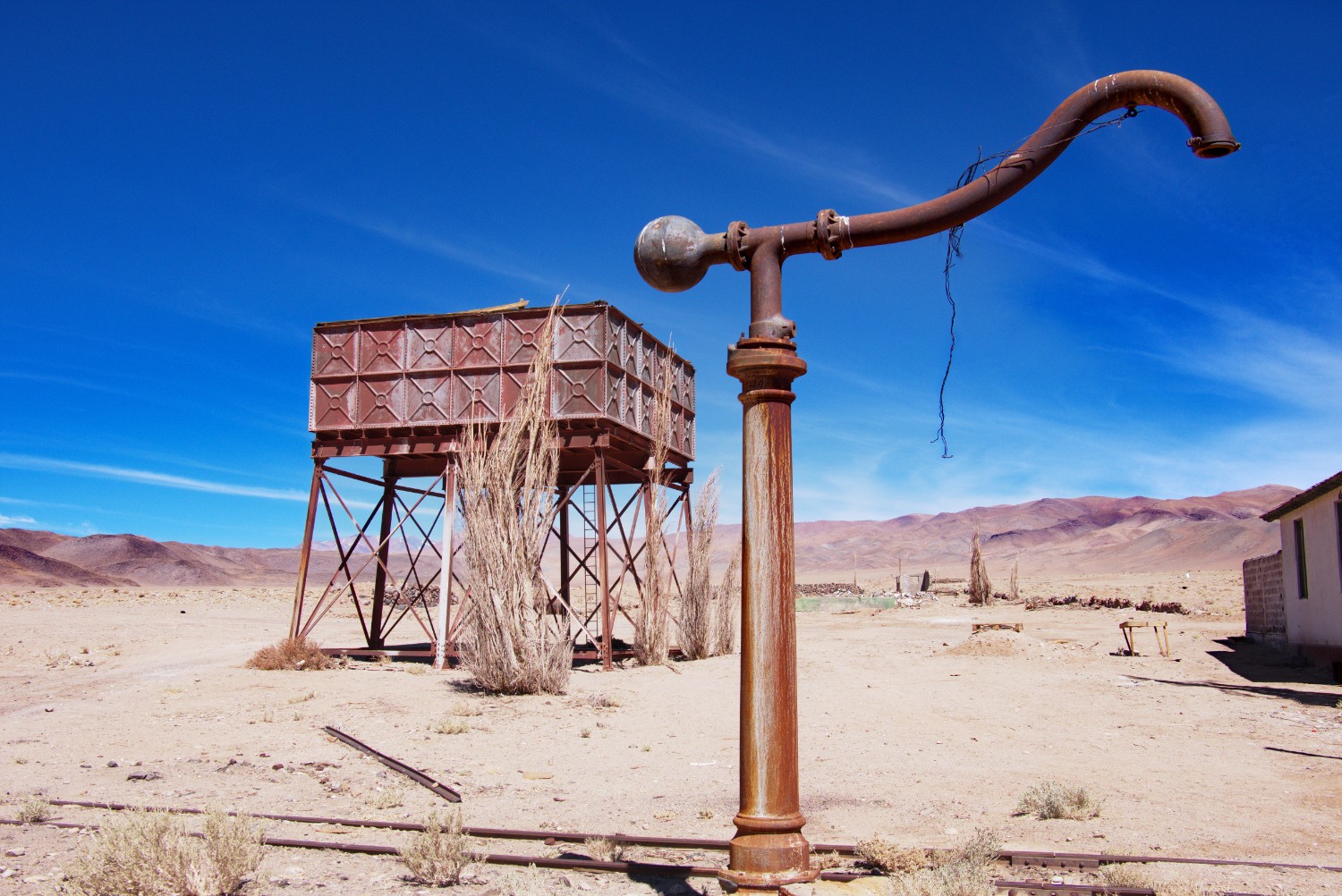 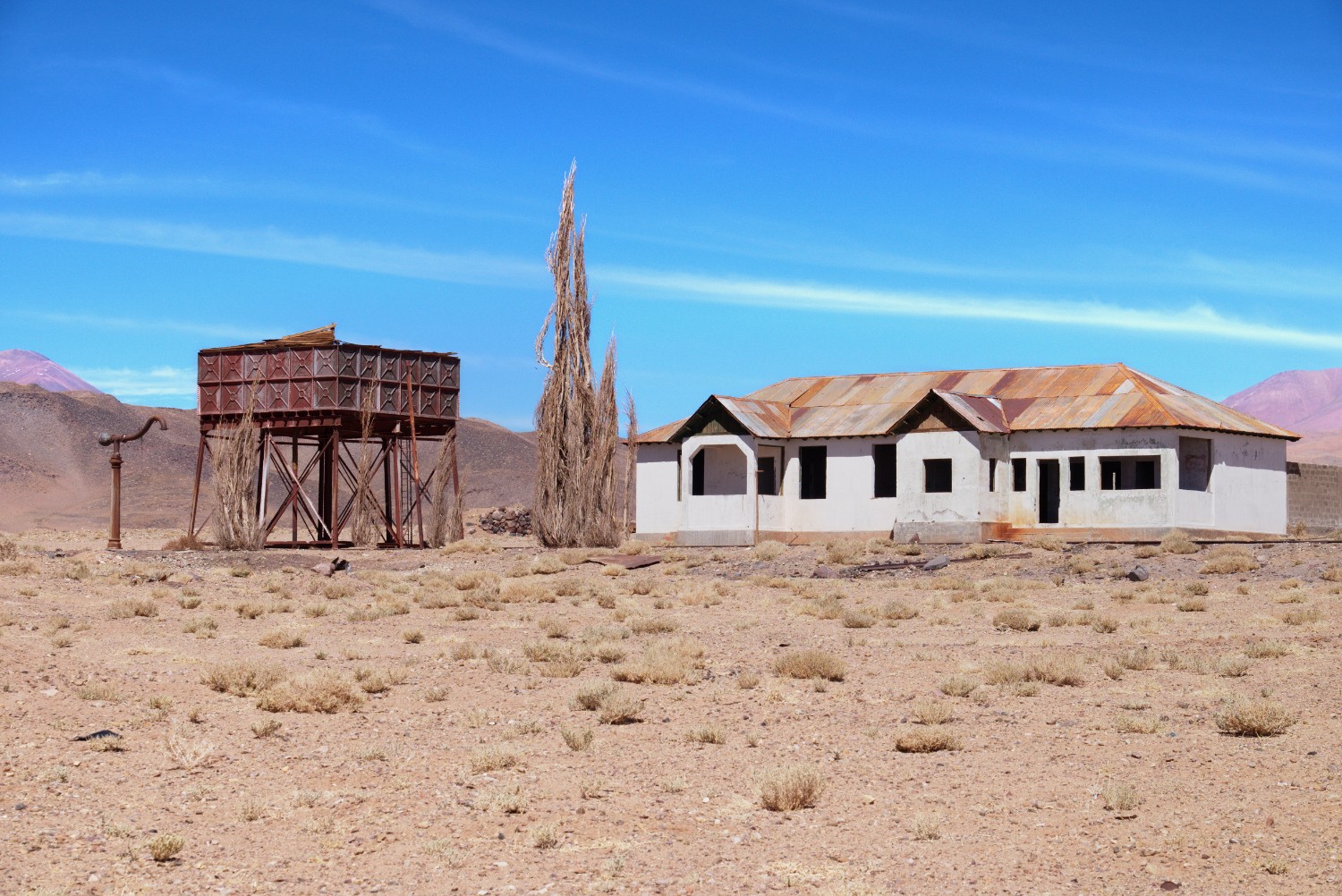 Below you will find a collection of inspiring quotes I collected during my preparation stage for crossing the high deserts of the Altiplano in southwest Bolivia as well as the Andes via Paso Socomp...

After returning from the desert of South America, I received the same question from several people: “How do you plan and prepare yourself for such a trip?”. In this 2-post series I intend to provid...

A Present in the Desert

I didn’t know Sarah Marquis before I went off to hike the deserts of Bolivia, Chile and Argentina (here and here) - shame on me, I should have come across her book “Deserts d’Altitude” and the othe...