A Cultural Experience Off the Beaten Track – Hiking the Syrian Desert 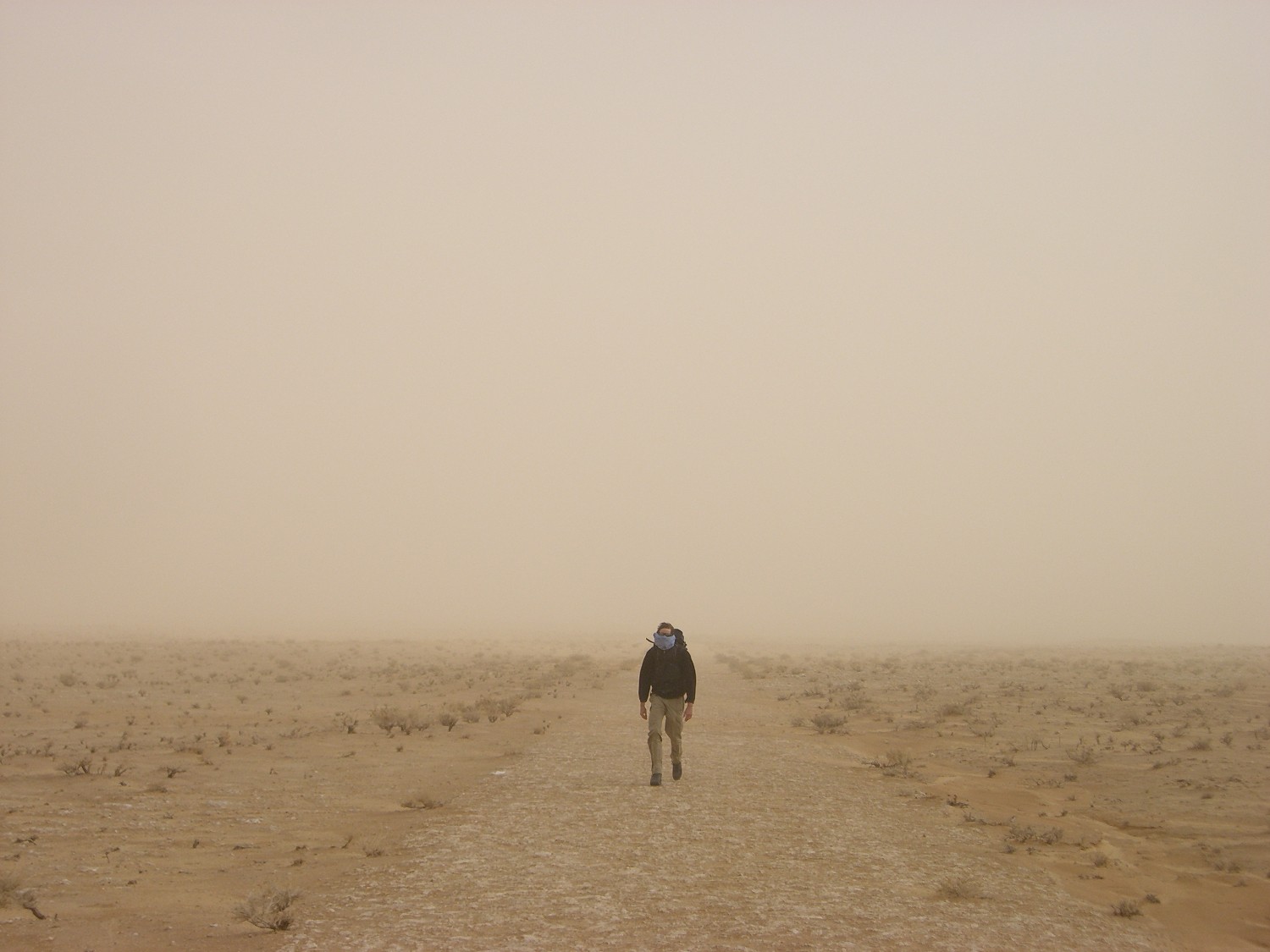 Traveling the world has at least one absolute constant: change will happen. Especially during travels, things are changing constantly - this is the mystical part of traveling. Each day is a day that lacks the stability and “boredom” of our ordinary lives at home. This type of change from normality is what we experienced during our trip to the northern part of the Syrian Desert in December 2009, where our original plans hardly turned out as planned.

Perhaps it was our unlikely set of circumstances that ultimately made our trip a cultural experience that we were not able to previously experience. Given the personal importance of this trip, it saddens me to see how Syria has ended up in 2016 (and even now, 2022) the country at war, the Syrian people on the run, and a complete generation parallelized by death and extinction.

Palmyra, the final destination of our 2009 trip through the Syrian Desert, is now in early 2016 one of the main battlefields that we have on this planet where various groups are fighting each other in a war whose final goal is difficult to put into words even for the involved parties. Looking back to 7 years earlier, I still remember the moment we climbed the hill that overlooks Palmyra with its ancient ruins and old citadel. We knocked on the door of the citadel to find that it was closed. On our way back, we wandered through the ruins, round arches, and old masonries of Palmyra. This was the place where we met friendly strangers telling us that “Palmyra is beautiful …!” - which in fact it was.

Days before, the desert had vomited us out near As Suknah, a little town found if you follow the M20 highway from Palmyra towards the east. The M20 highway was and remains the main connection between Damascus and the huge oil fields of the east. We had spent several days in the desert south of the highway where we enjoyed the silence of this fierce landscape and the extreme hospitality of local bedouin tribes.

We kicked off our trip in the east in Deir Ez-Zor where we stayed at a friend’s house for a few days and enjoyed great Syrian hospitality. It was the first time that I saw the notorious Euphrates River, the lifeline for millions of people in the Middle East. Just recently I was reminded of our time in Deir Ez-Zor, where there had been a funeral attended by hundreds of people. The large crowd had made us wonder what kind of important or famous person has died to bring so many people from the city to attend the funeral. We were eventually told that just a local man had passed away, but that it was common to bid farewell in this way. Such an ordinary funeral attracting the participation of so many proved once again that the Arabic world was full of hospitality and social interconnections - such a contradiction to what Syria has become today where people are killing each other for the primitive motives of war. 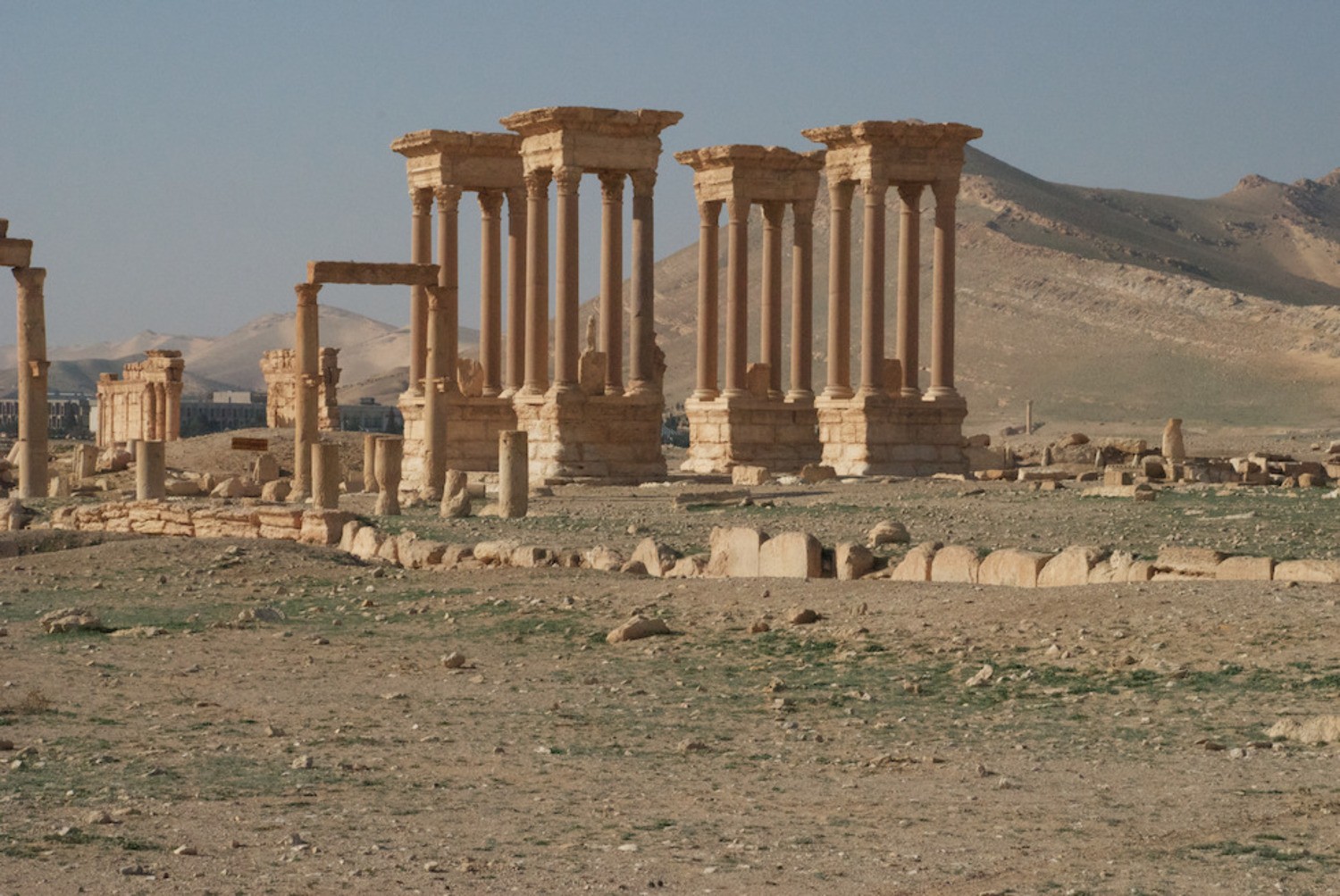 During the time period of our trip, the secret police of the Syrian government were around and our friend and his family were interrogated after we left his house. We were told that it was a common approach of journalists to pretend to be tourists in Deir Ez-Zor and then cross the border to Iraq. Local families in the city were in constant fear of the nearby U.S. military operations across the border in Iraq.

Today I look with different eyes on our journey back in 2009. We made a lot of mistakes during the preparation stage of our desert hiking trip. The perception that one can be perfectly prepared for a desert hike is misleading anyway - there will always be situations for which you cannot be prepared. A few of the biggest challenges that we encountered were strong sandstorms, locals who thought we were Israeli paratroopers, and the challenging desert surface. But I suppose that it is those challenges, in combination with Syria’s unique place and people, which made the whole trip a lifetime experience. And the significance of any personal mistakes seem small in comparison to the present death of a complete nation. 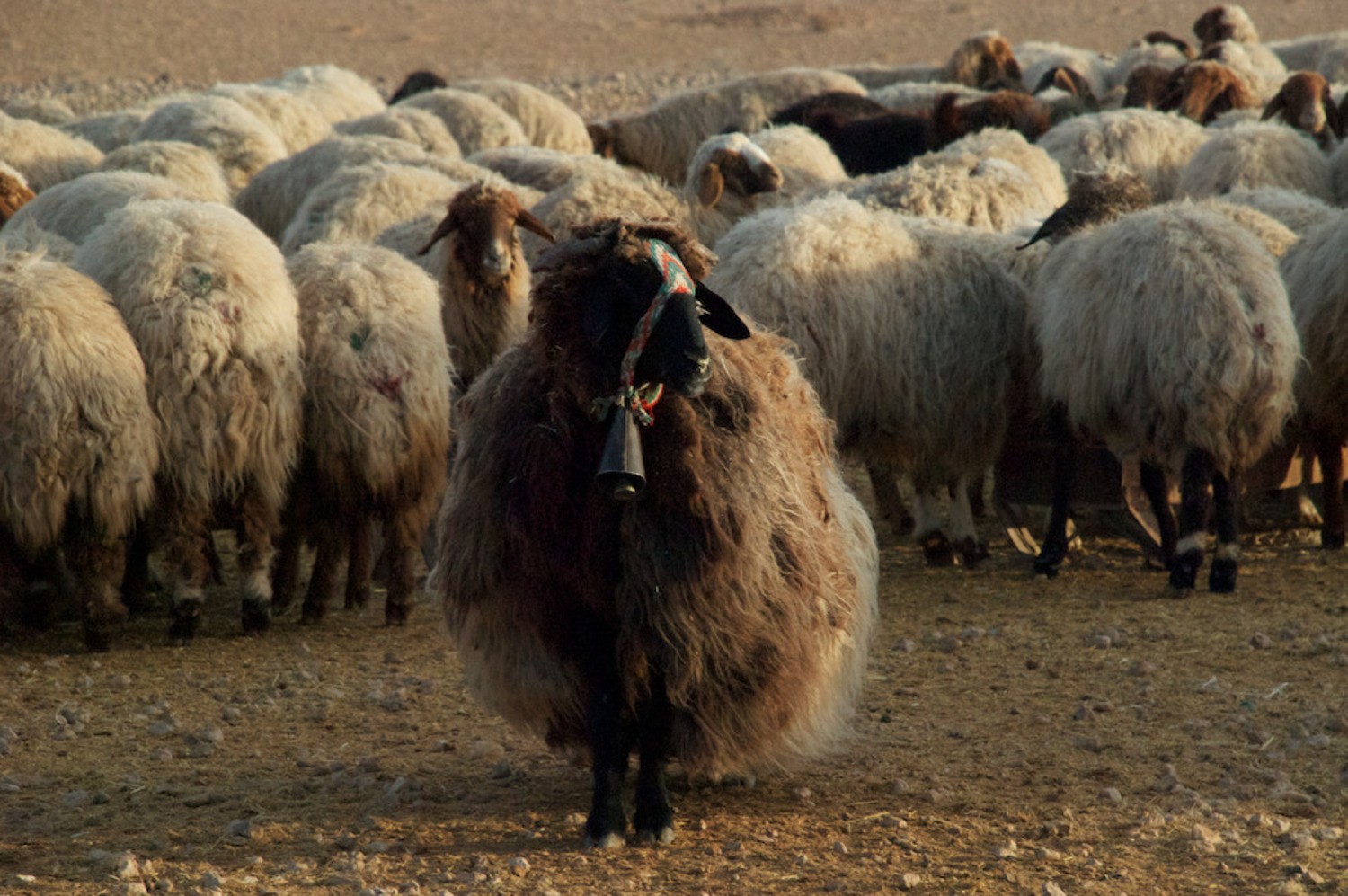 Our two trailers carrying the water for three people were self-made and constantly at risk of collapse in the rocky environment where the landscape contained numerous rock fields. When you hike deserts with self-made trailers, your final success heavily depends on the surface of the landscape you intend to cross. This was at least my experience from previous desert hiking trips in Jordan and Egypt. However, today I question whether I really took enough of the “lessons learnt” from those previous trips and applied it to this adventure in Syria. I could have done better research to try to avoid the fields with larger rocks that had the potential to negatively impact the performance of the trailers. In the end, both of our trailers collapsed in Syria and we left them with the bedouins in the desert before returning back to the highway. Given that the trailers were self-made, perhaps there was no other likely outcome.

Nowadays I think that what we originally planned as a desert hiking trip became more of a cultural adventure, experiencing how locals in the region lived an ordinary life in a rough environment. For me this is what makes deserts so interesting. It seems to be the more hostile the environment, the more friendly the people. The hospitality of the people that we met was truly unique - even the poorest shared their tents with us and invited us to dinner. It is aggravating to realize that those same people are now knocking on European doors asking for help and we, the Europeans, are hesitating and debating whether to open our doors. Even the poorest in the desert did not hesitate to offer their hospitality to us. 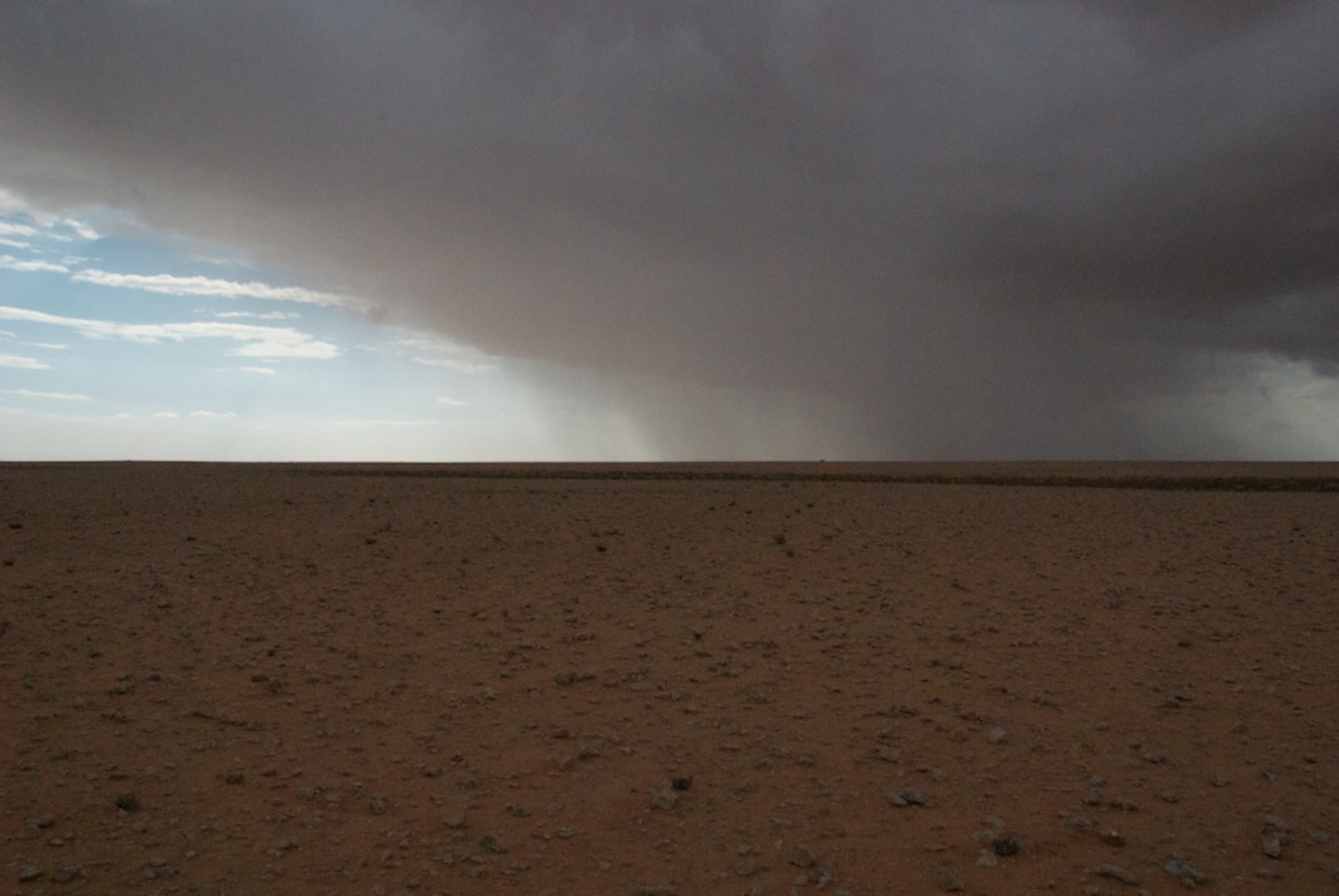 We also experienced the vast discrepancy in wealth of the bedouins. Some lived under one huge carpet with their sheep, goats, and chicken, while others lived in house-like tents made of strong plastics that included a television showing Turkish soap operas and an oil-powered stove.

After finishing our desert experience, we headed up north to Homs where we spent Christmas Eve. Homs was a calm city where people from different religions and cultures lived together in peace. Today, downtown Homs has basically been razed to the ground.

We visited Crac des Chevaliers as well - one of the most important and preserved medieval crusader castles in the world. It has belonged to UNESCO world heritage since 2006. During the war and especially during the siege of nearby Homs, parts of the castle were destroyed. 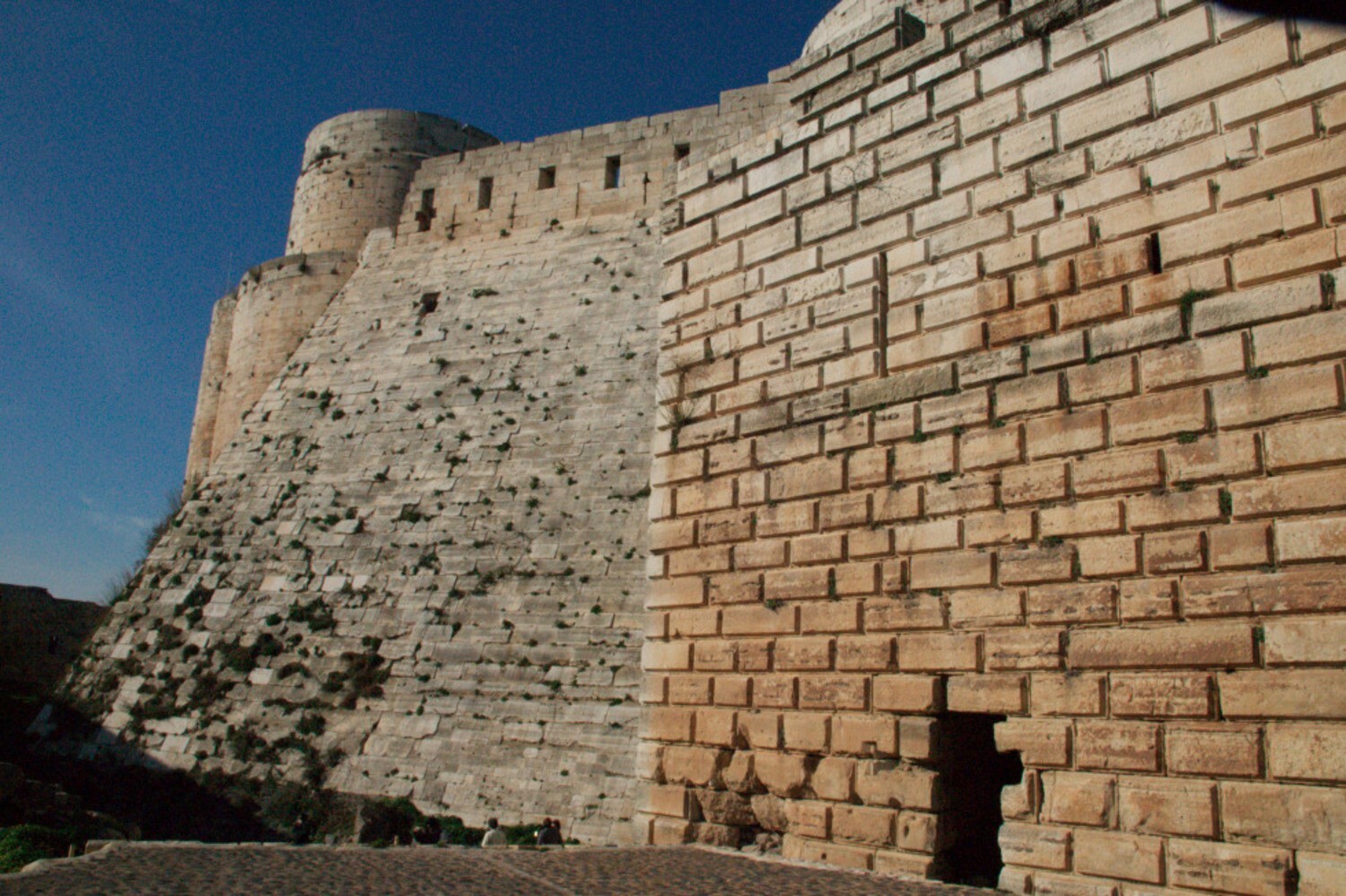 Syria was traditionally a place for experiencing adventures like in the fairy tales of 1001 nights. Today, the cruel reality that has entangled this country and the surrounding region has distanced any warm feelings of adventures and fairy tales. And as Axl Rose, legendary singer of Gun’s Roses, used to say: “What’s so civil about war, anyway?” 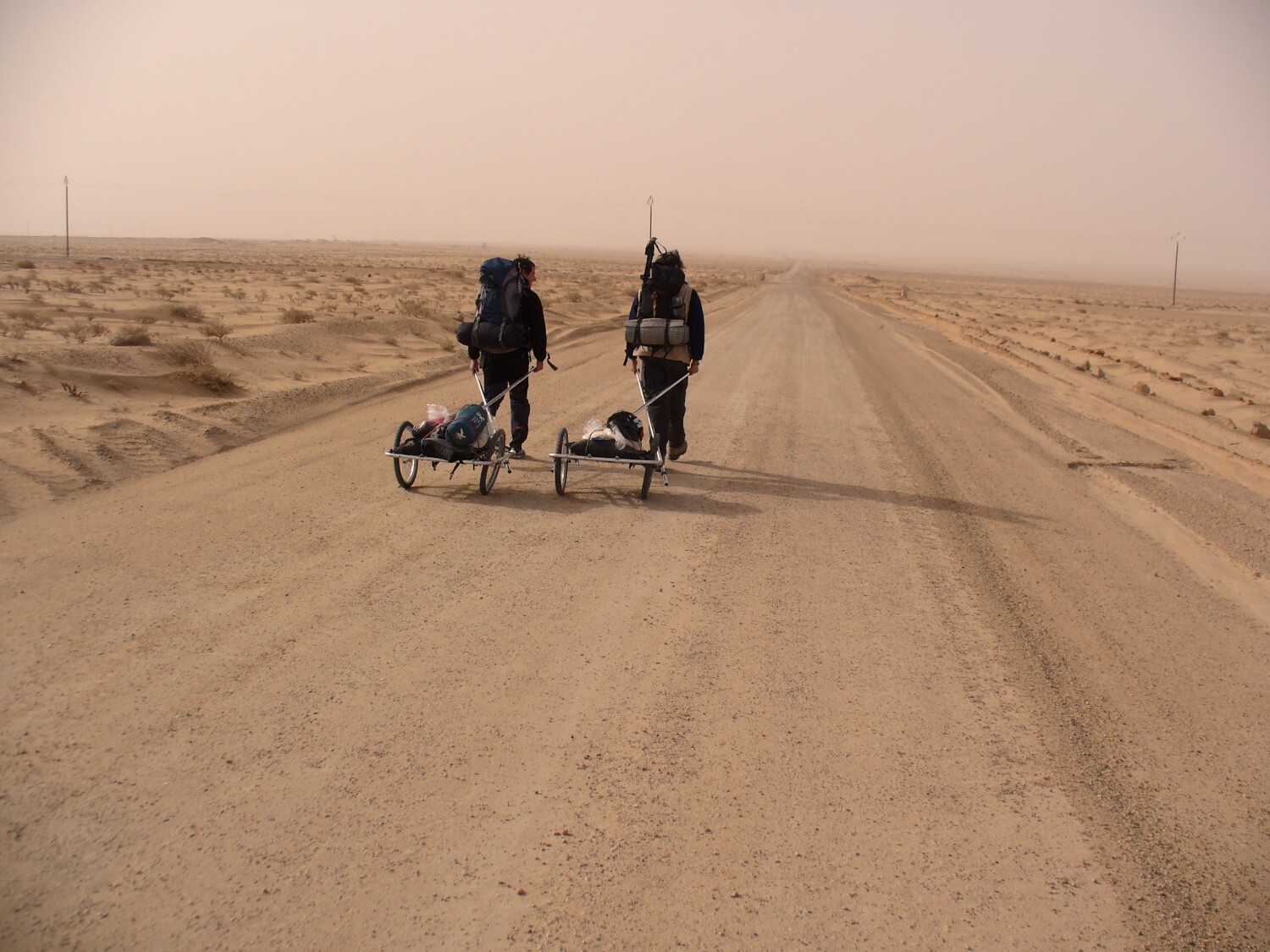 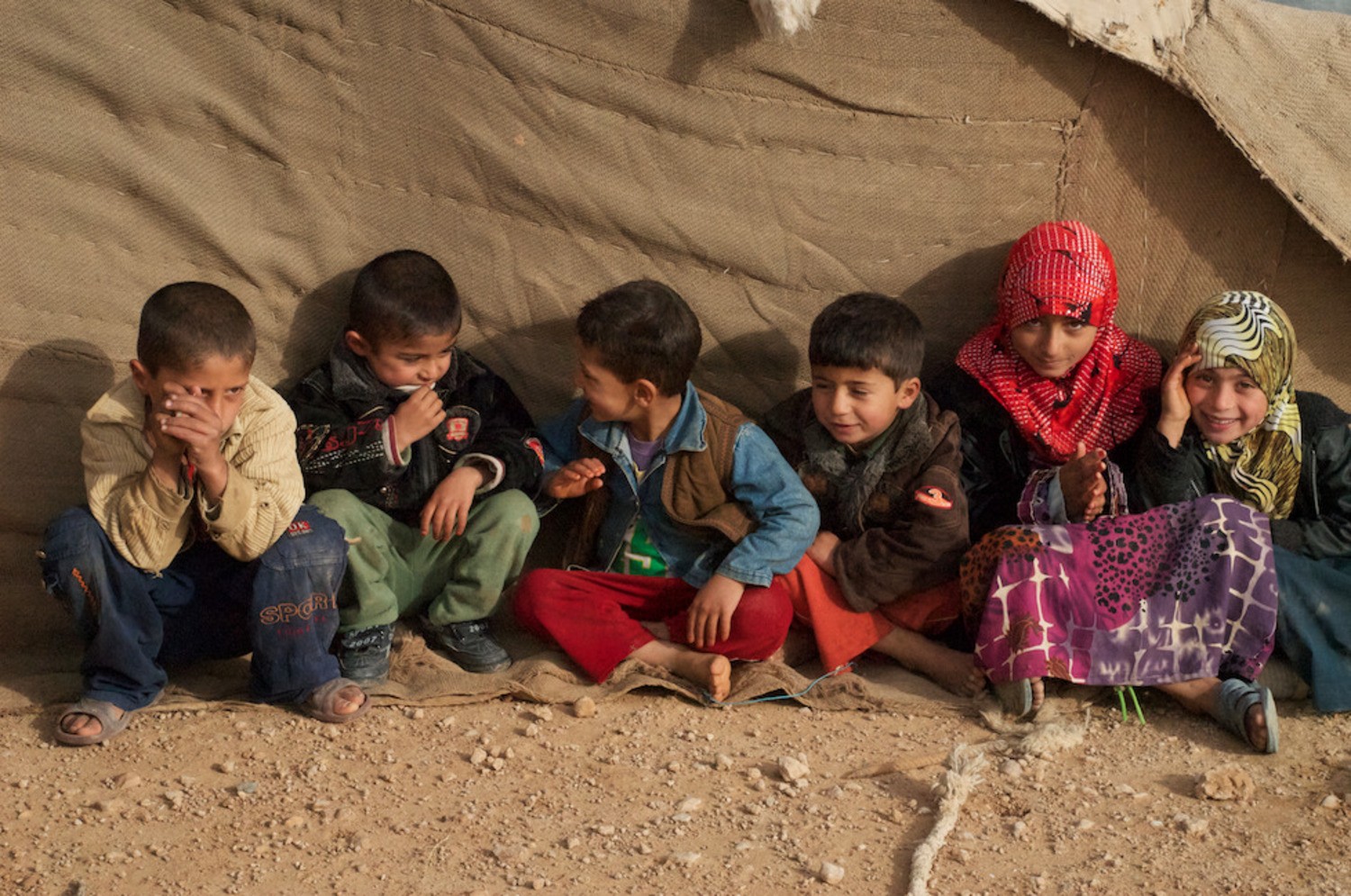 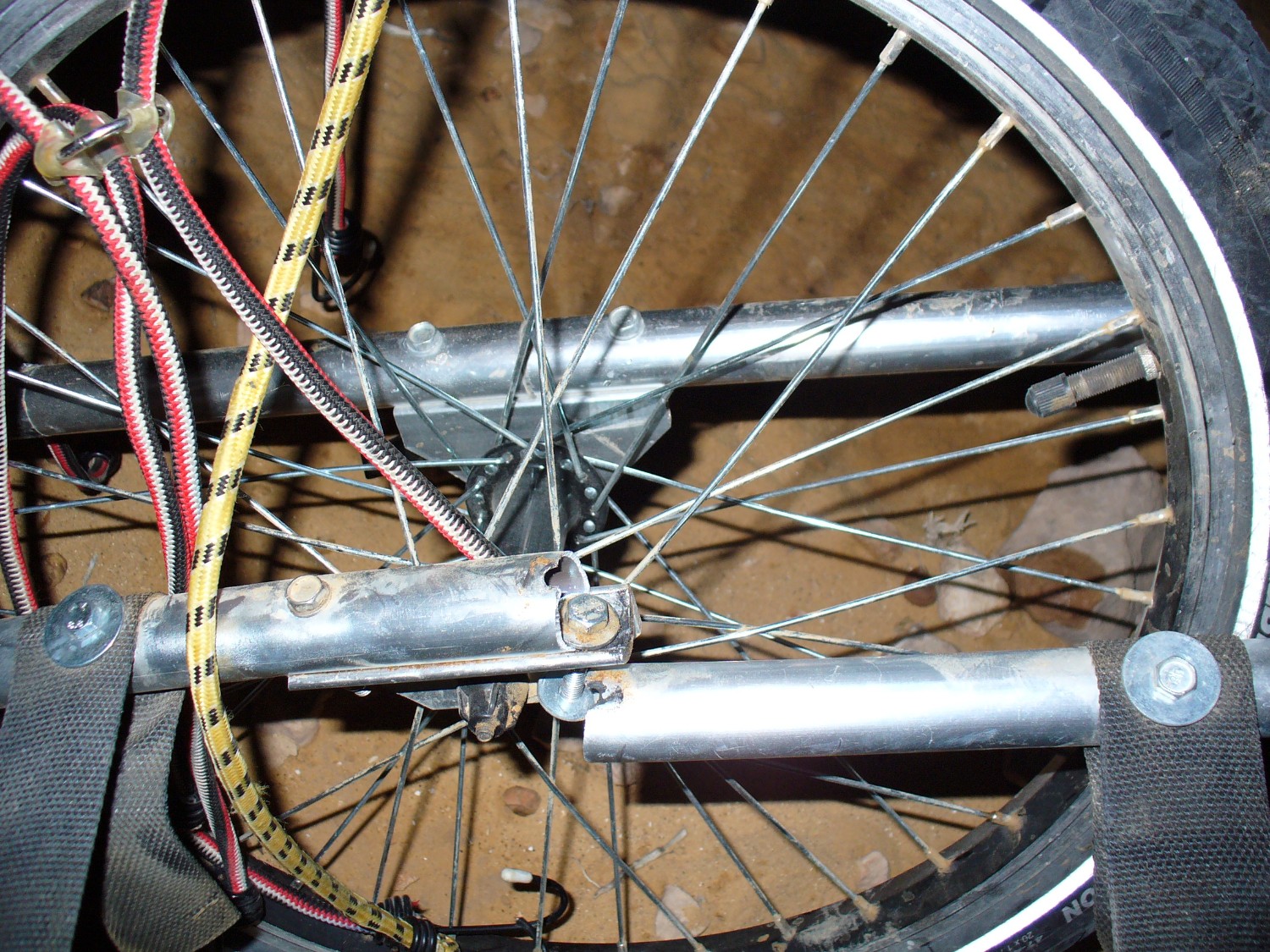 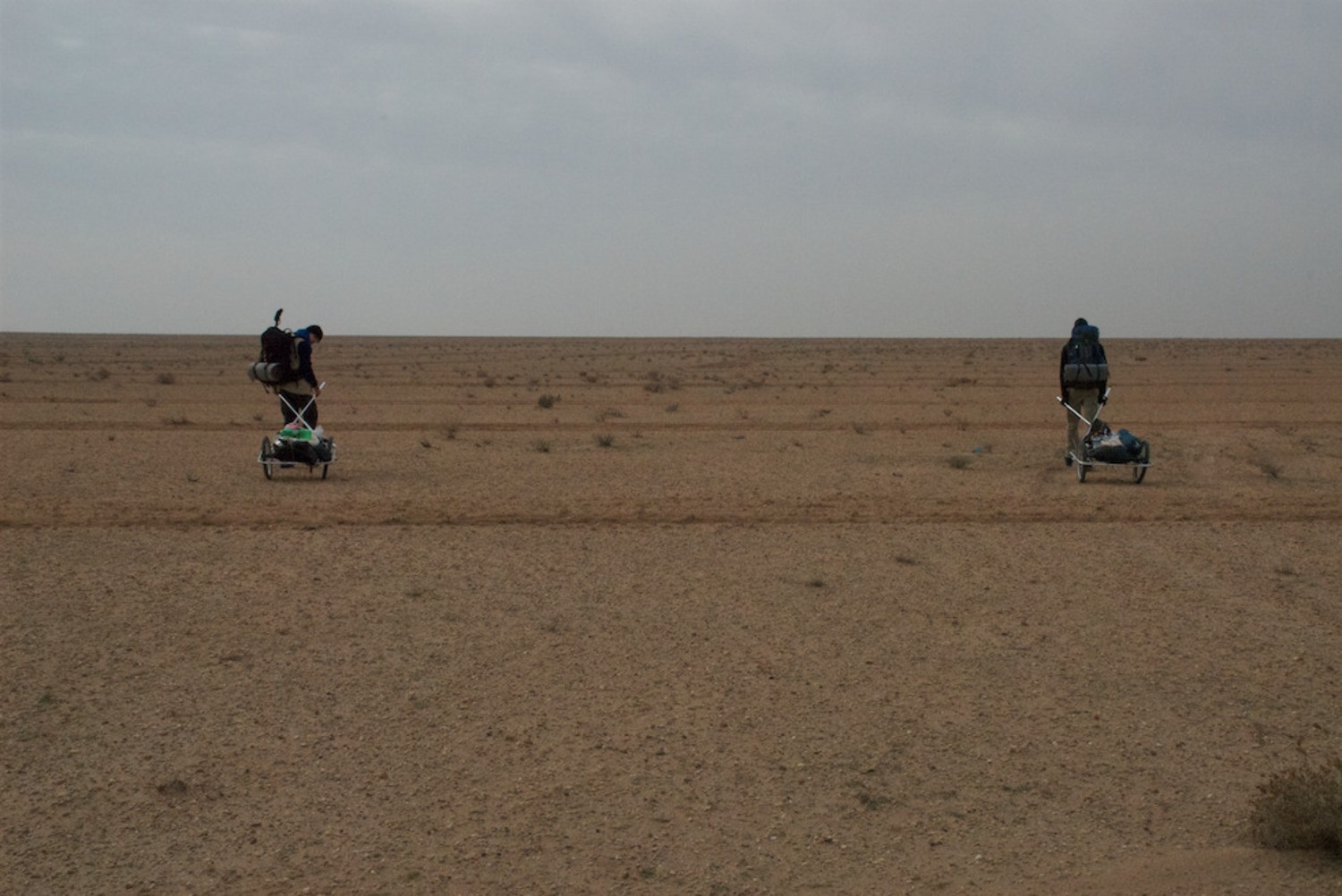 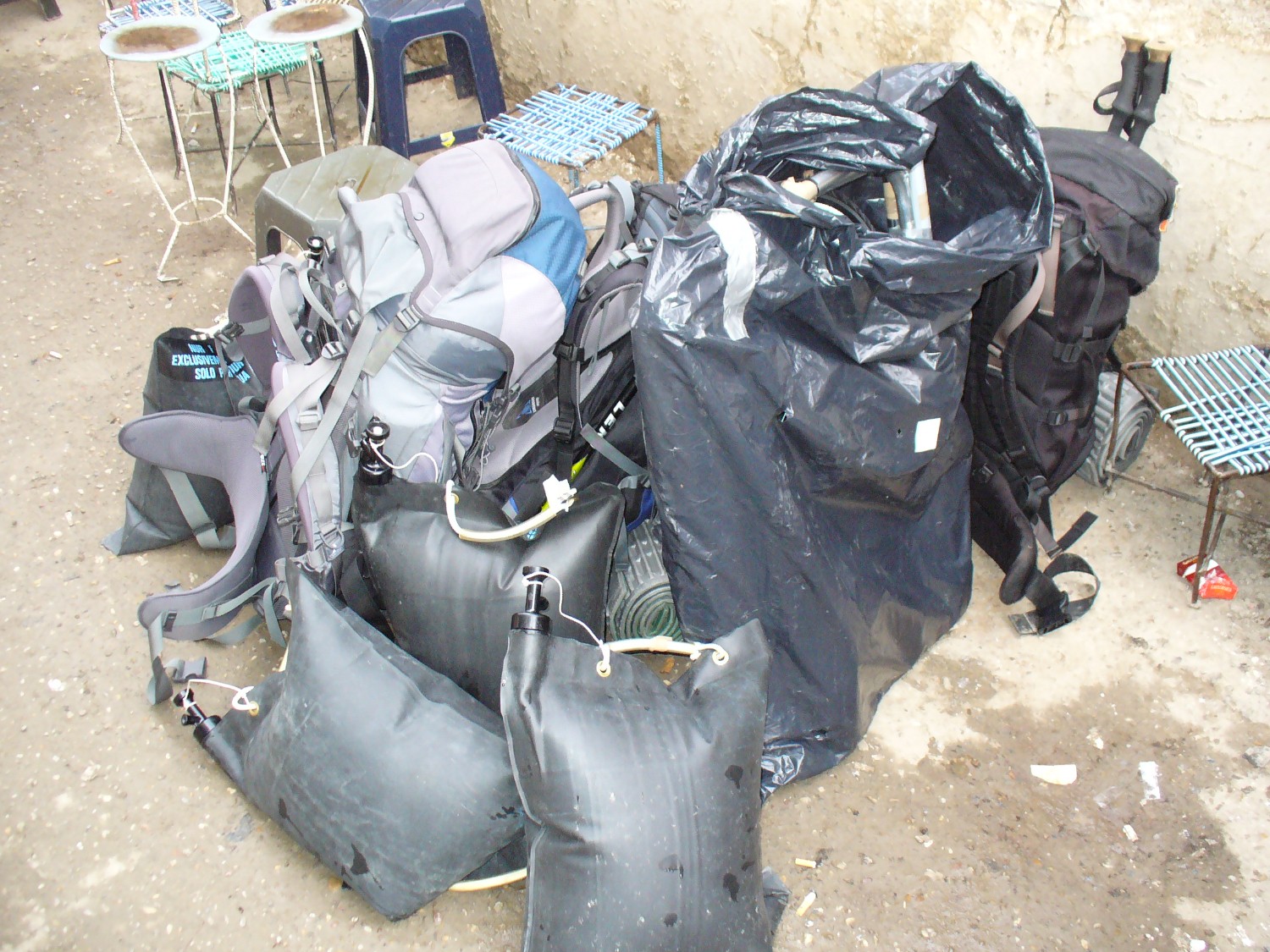 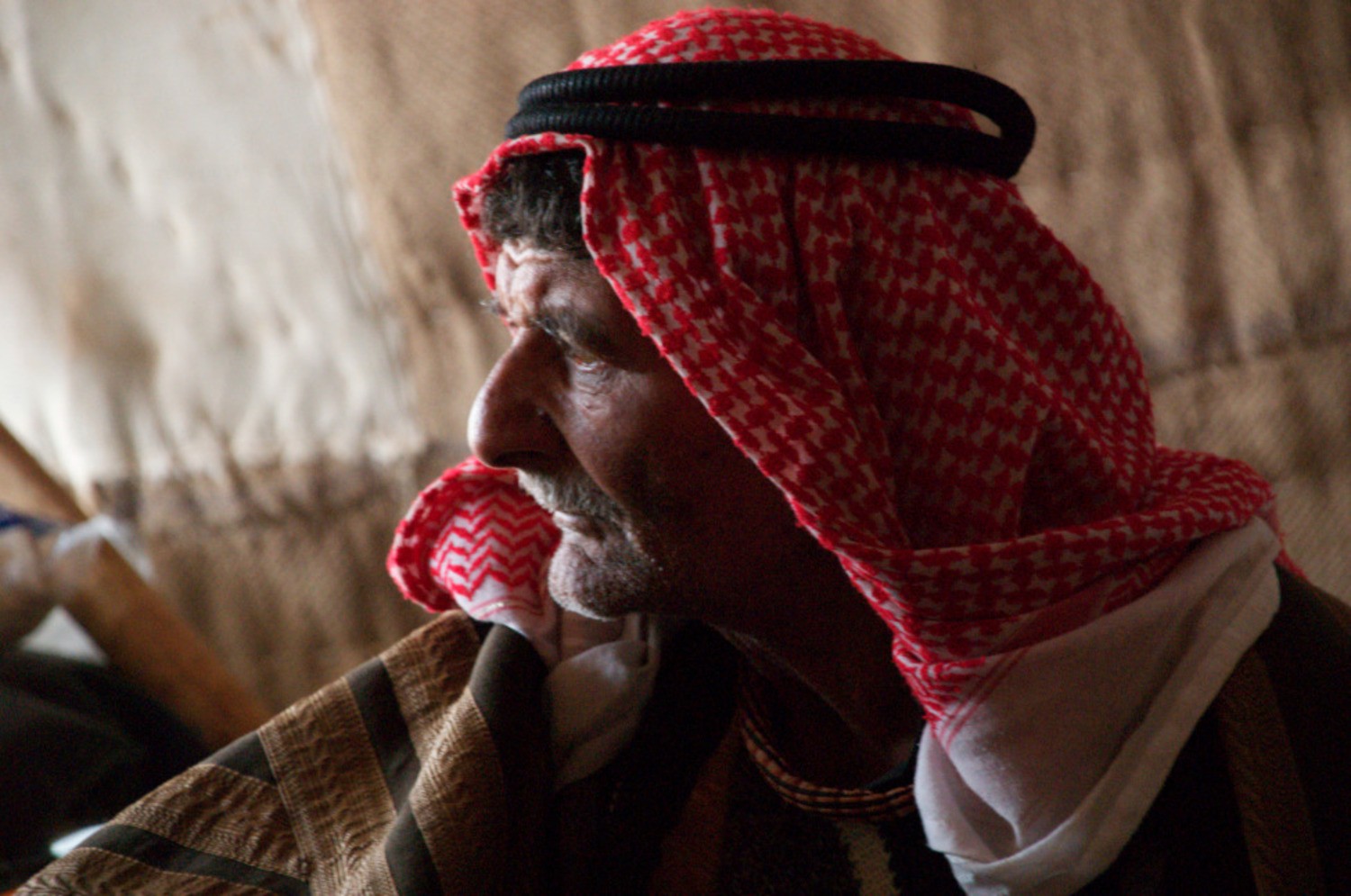 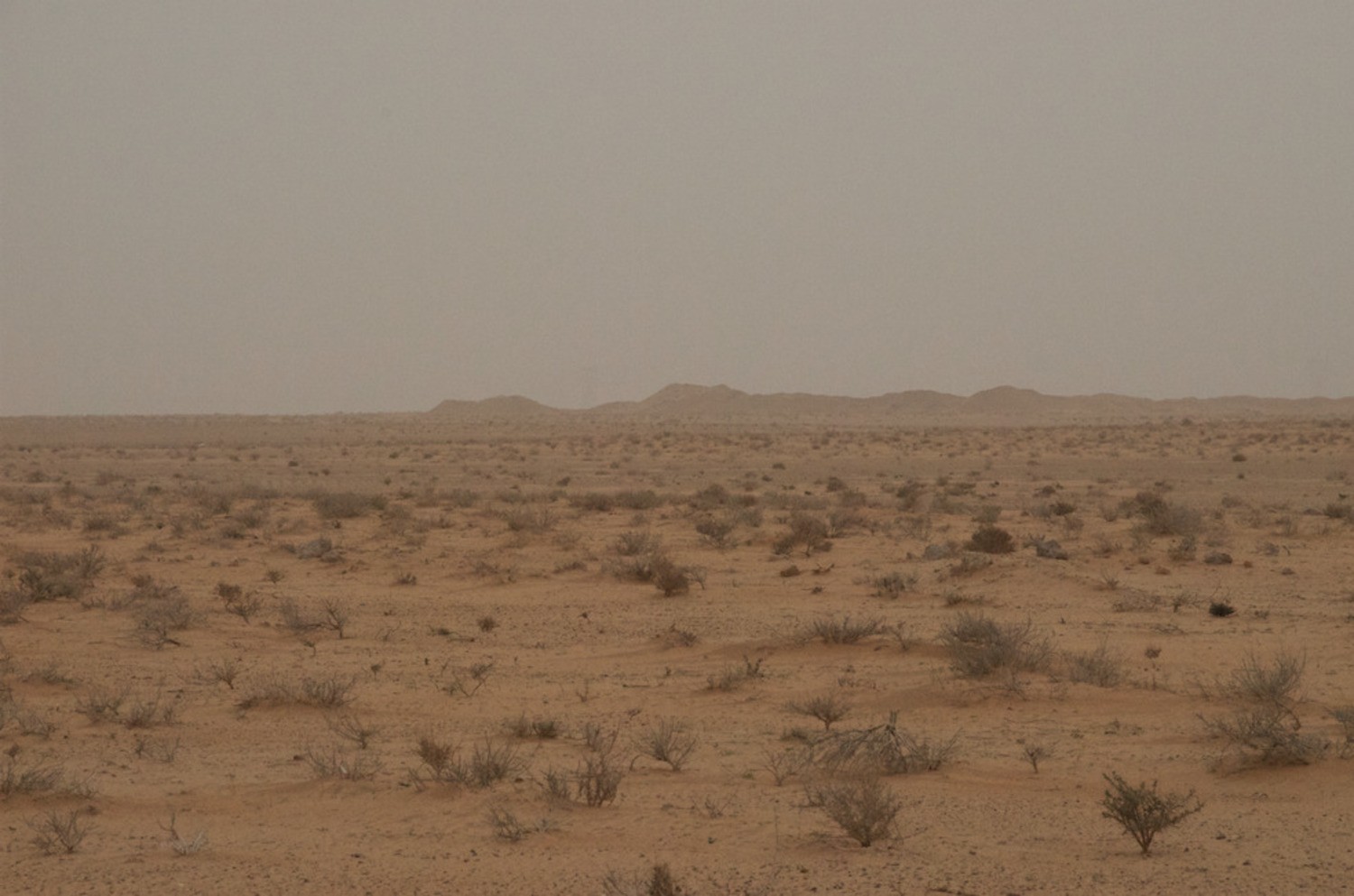 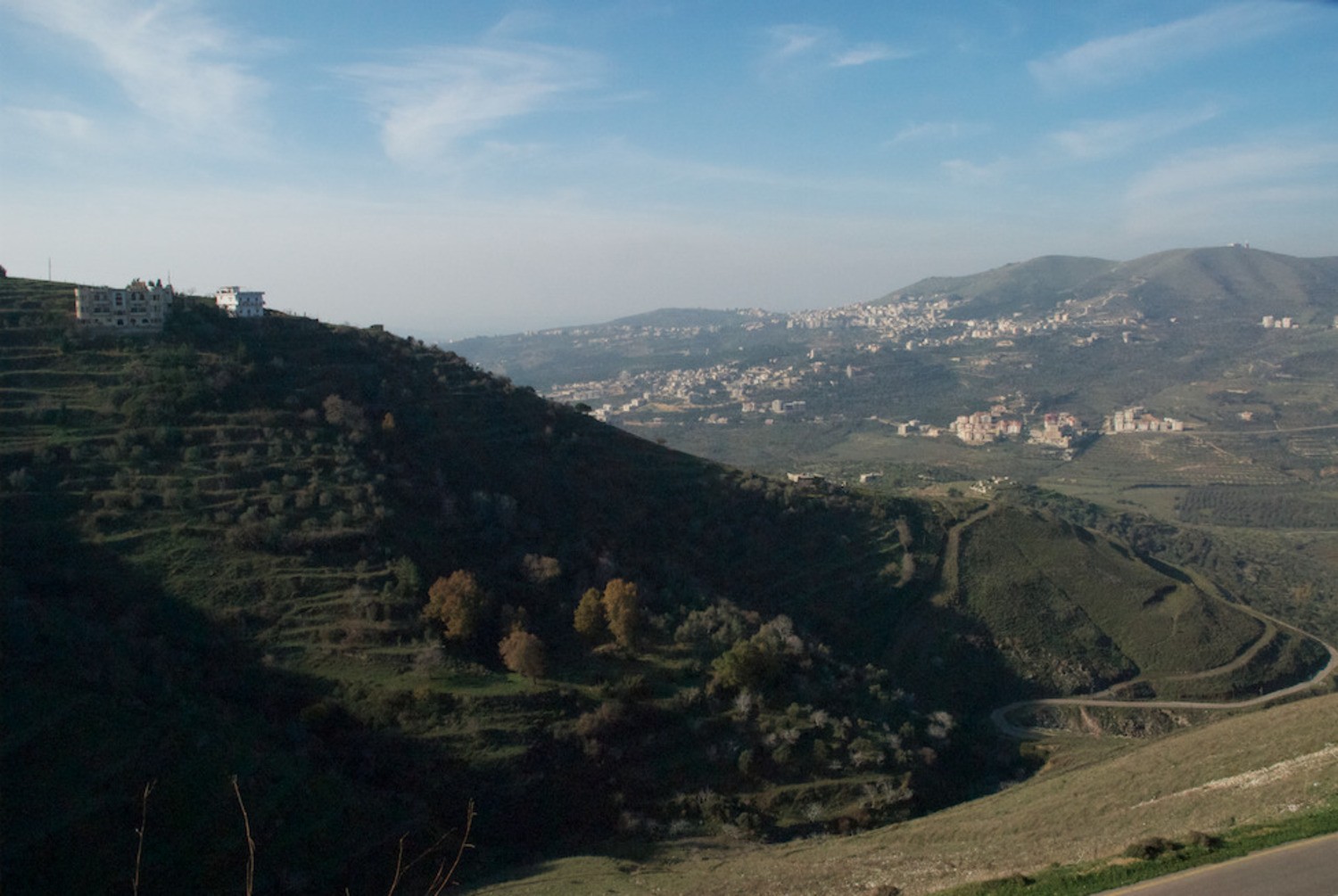 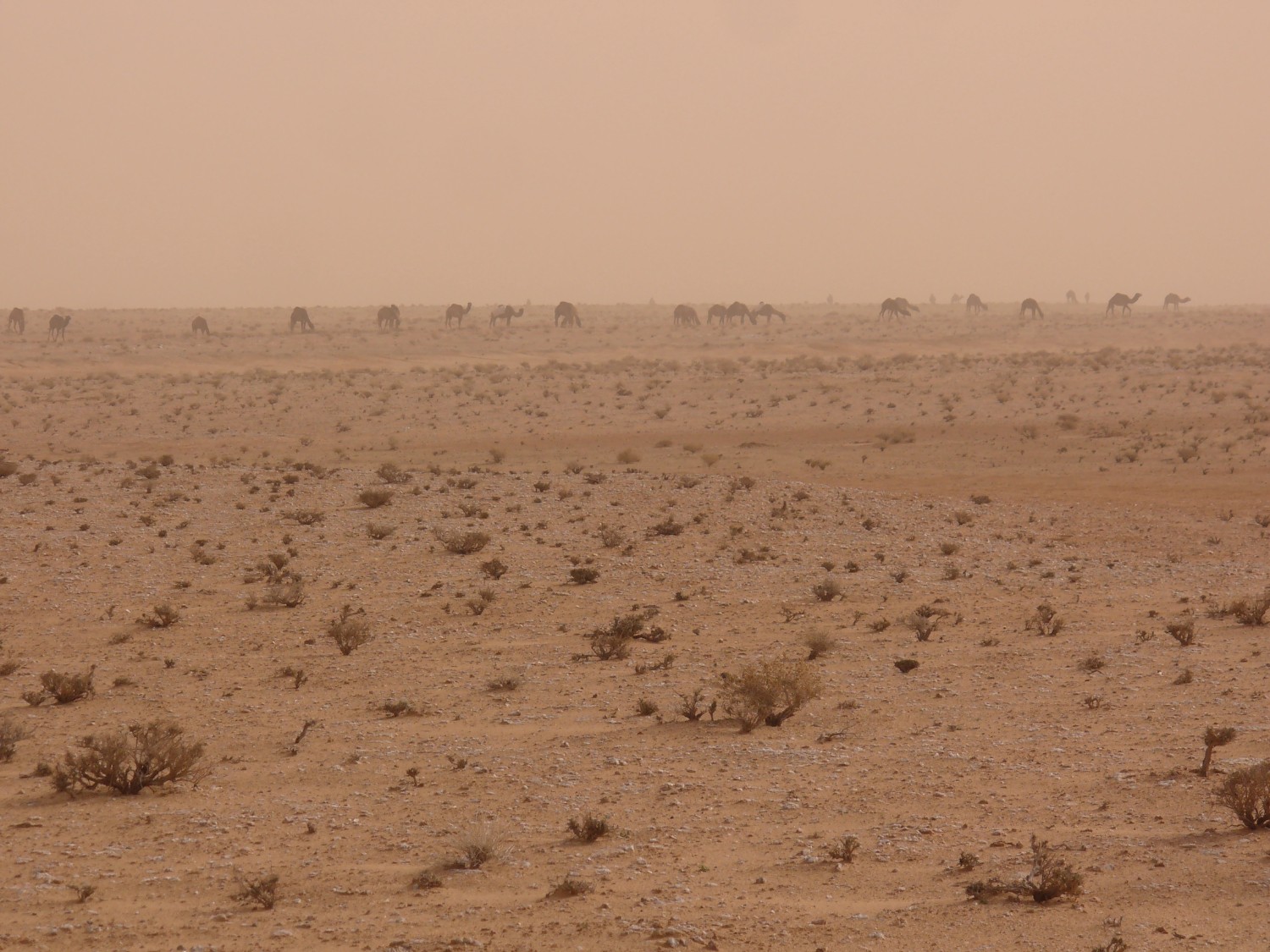 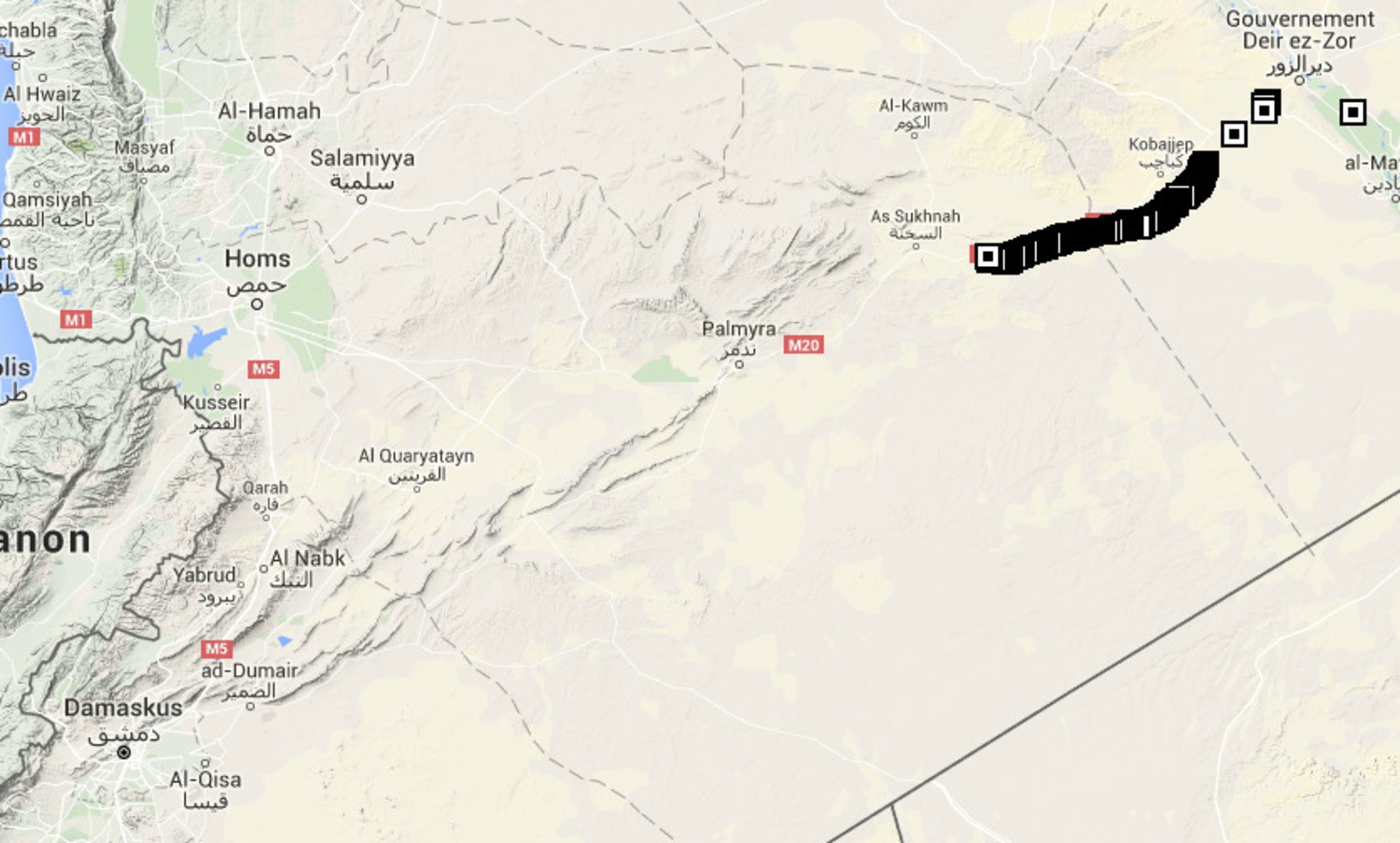 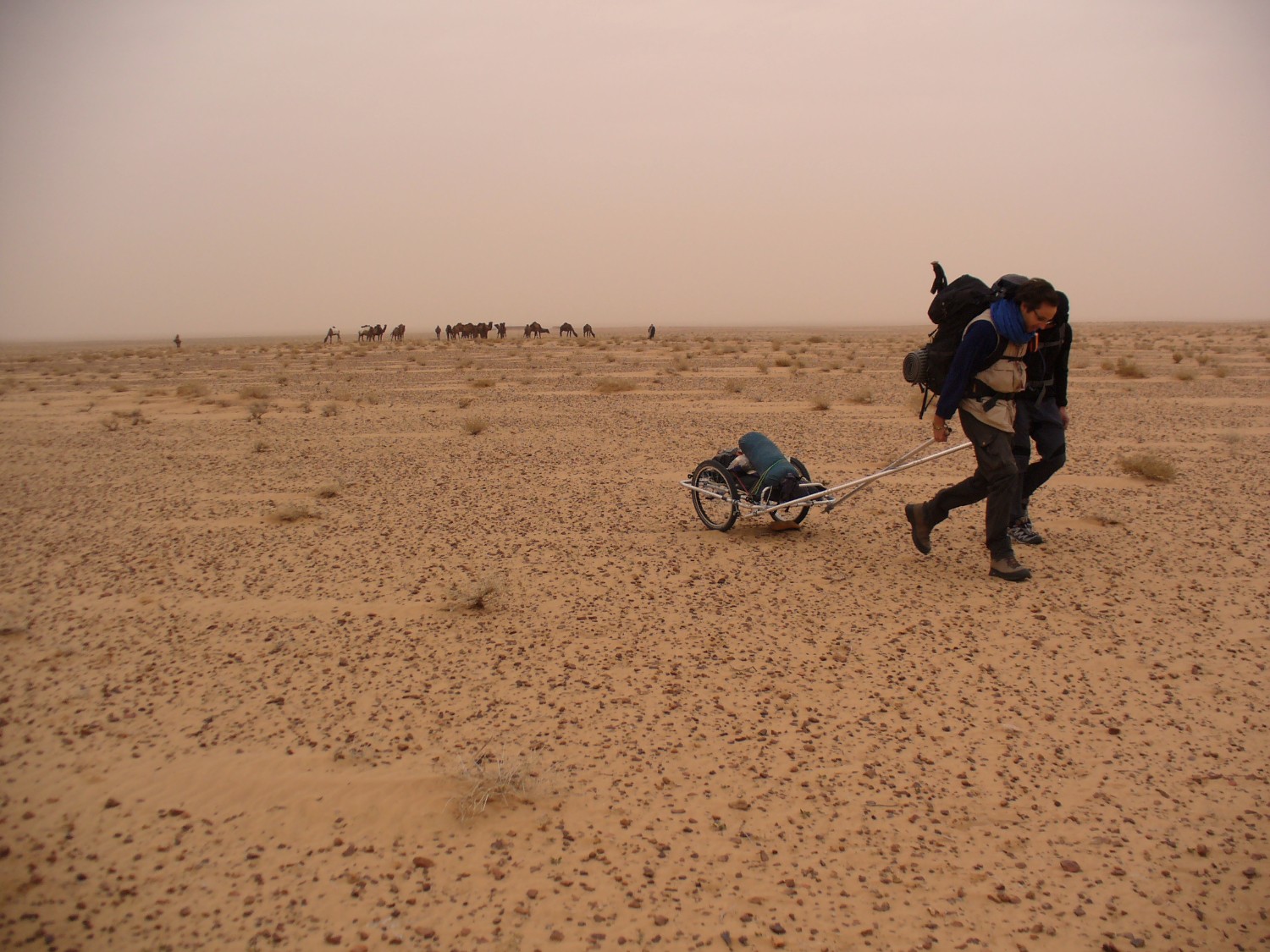 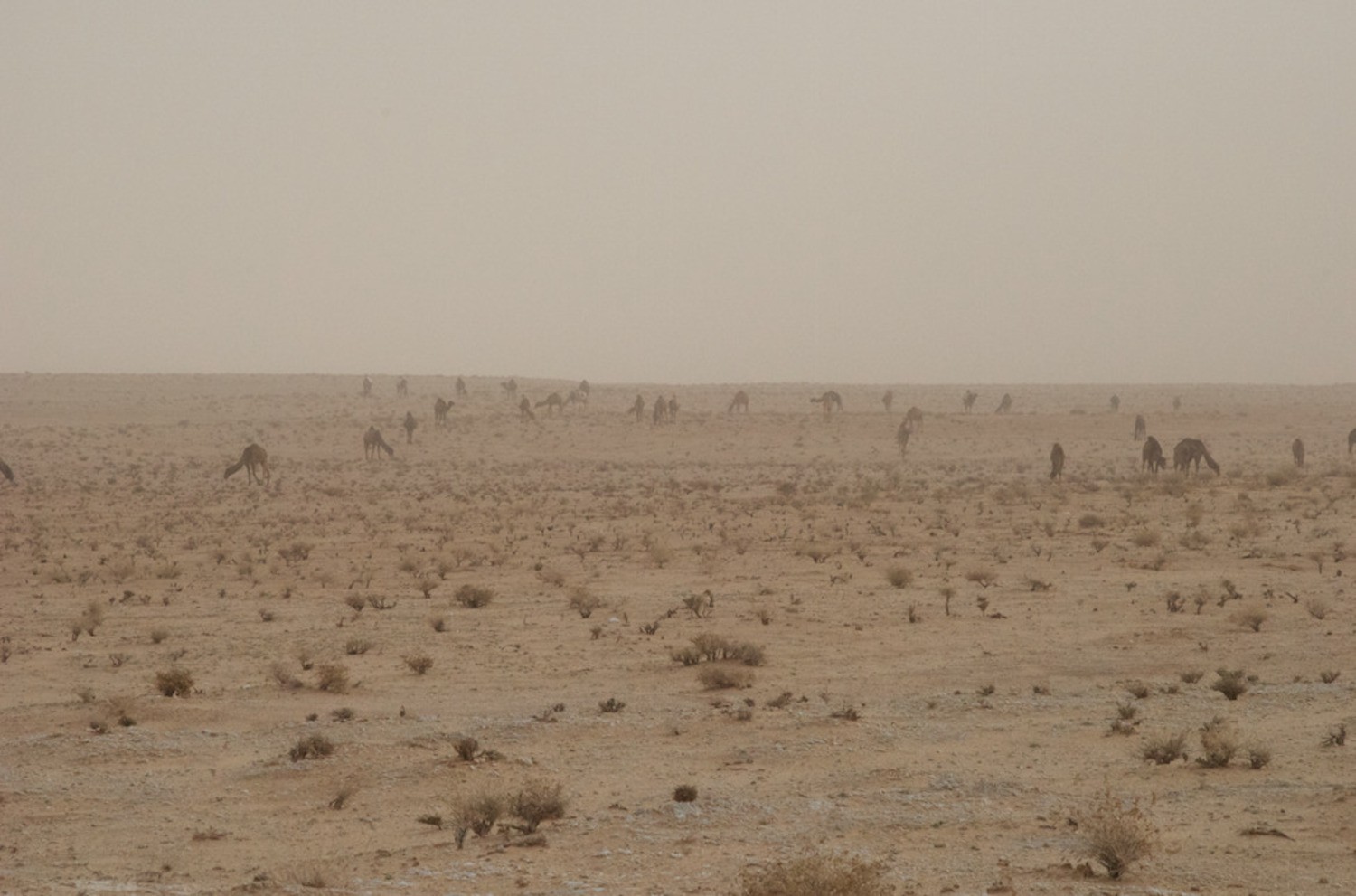 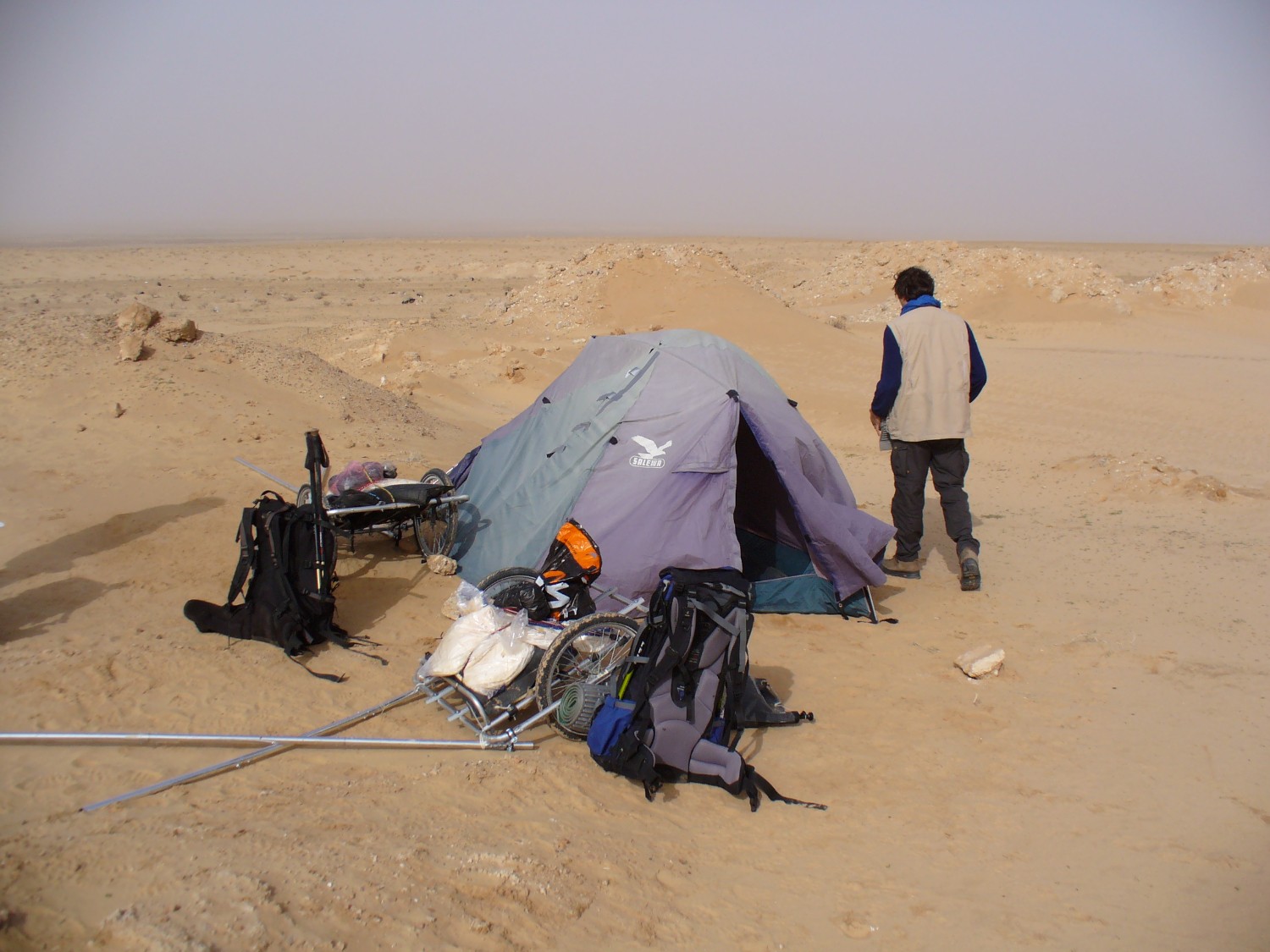 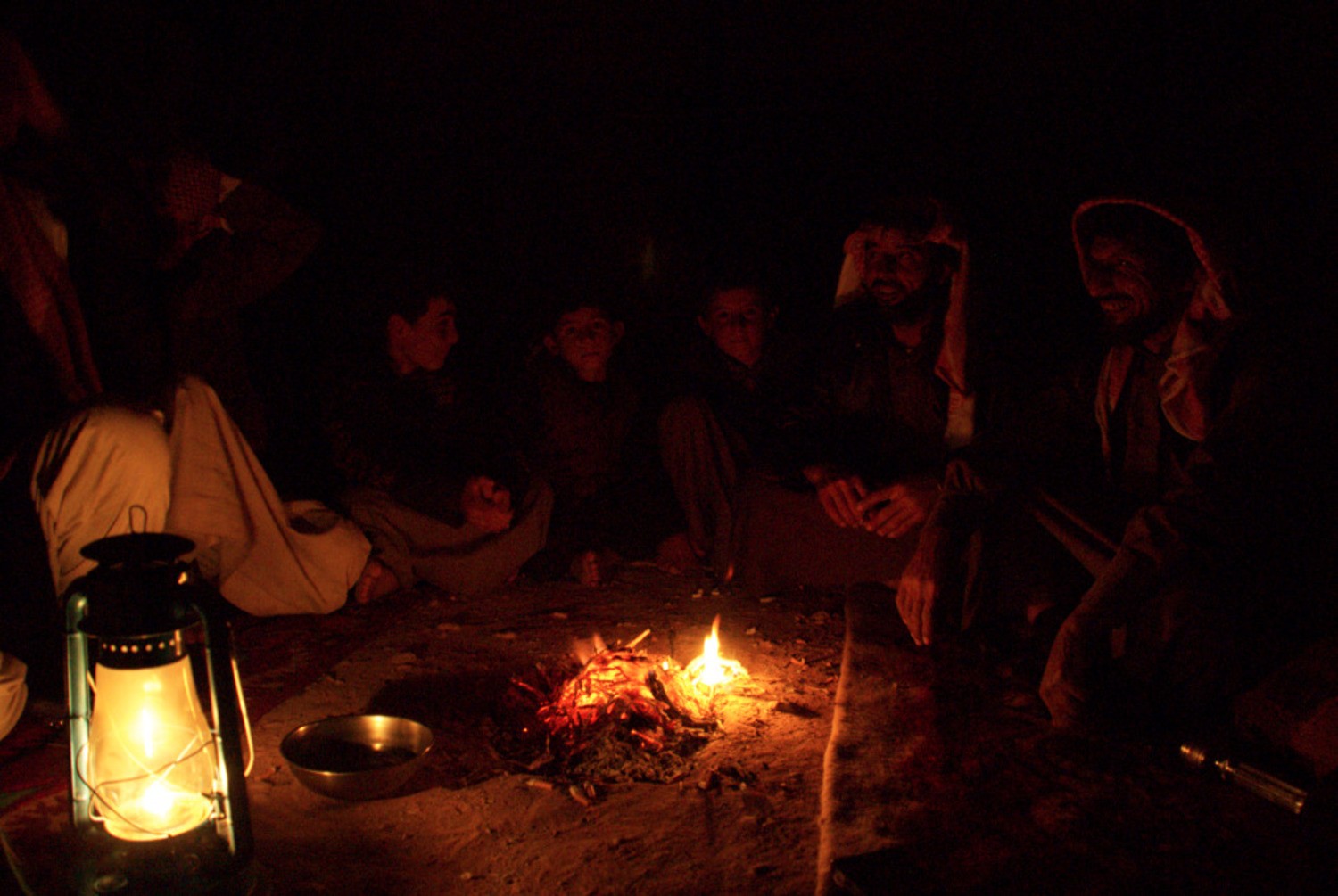 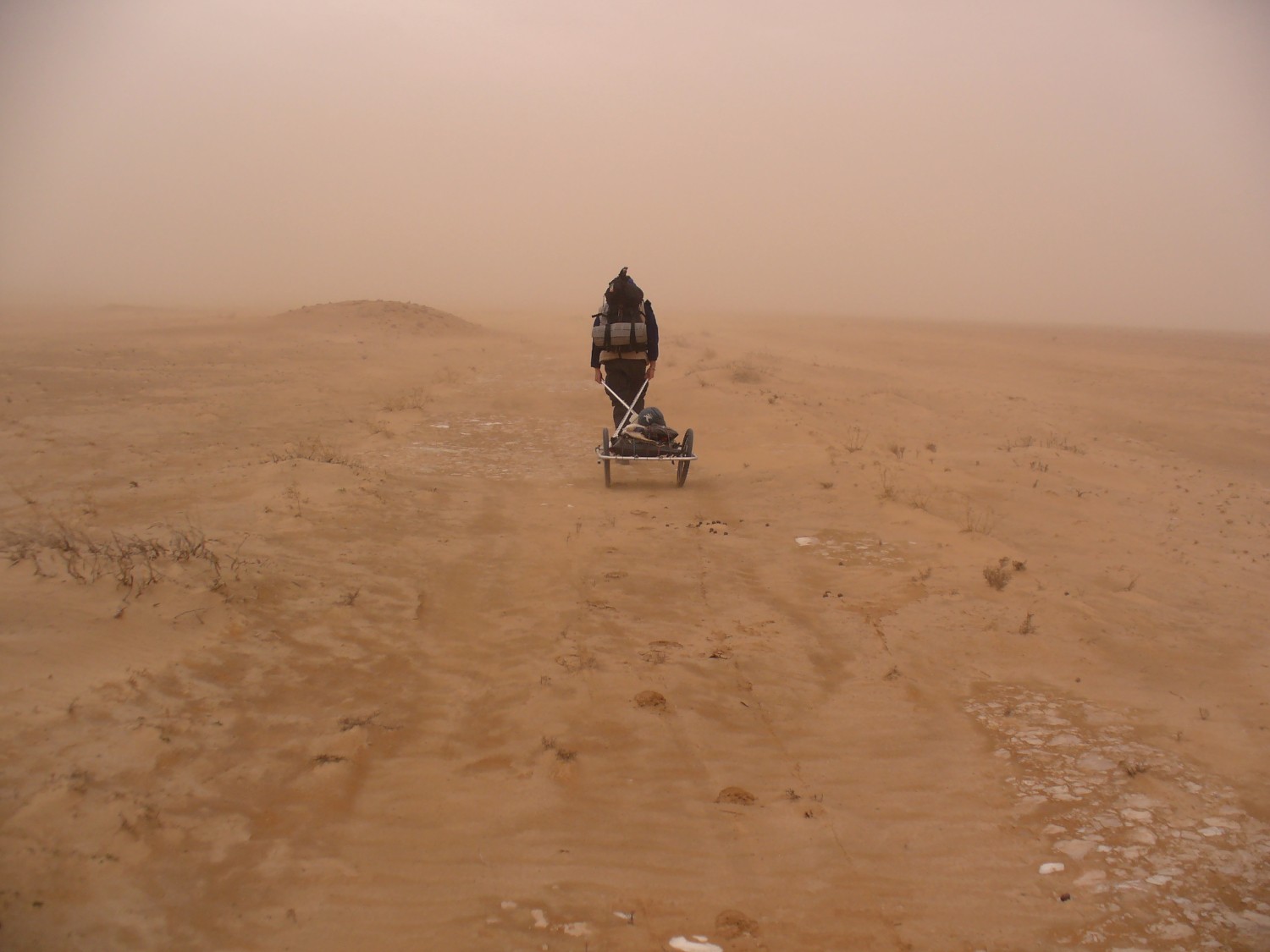 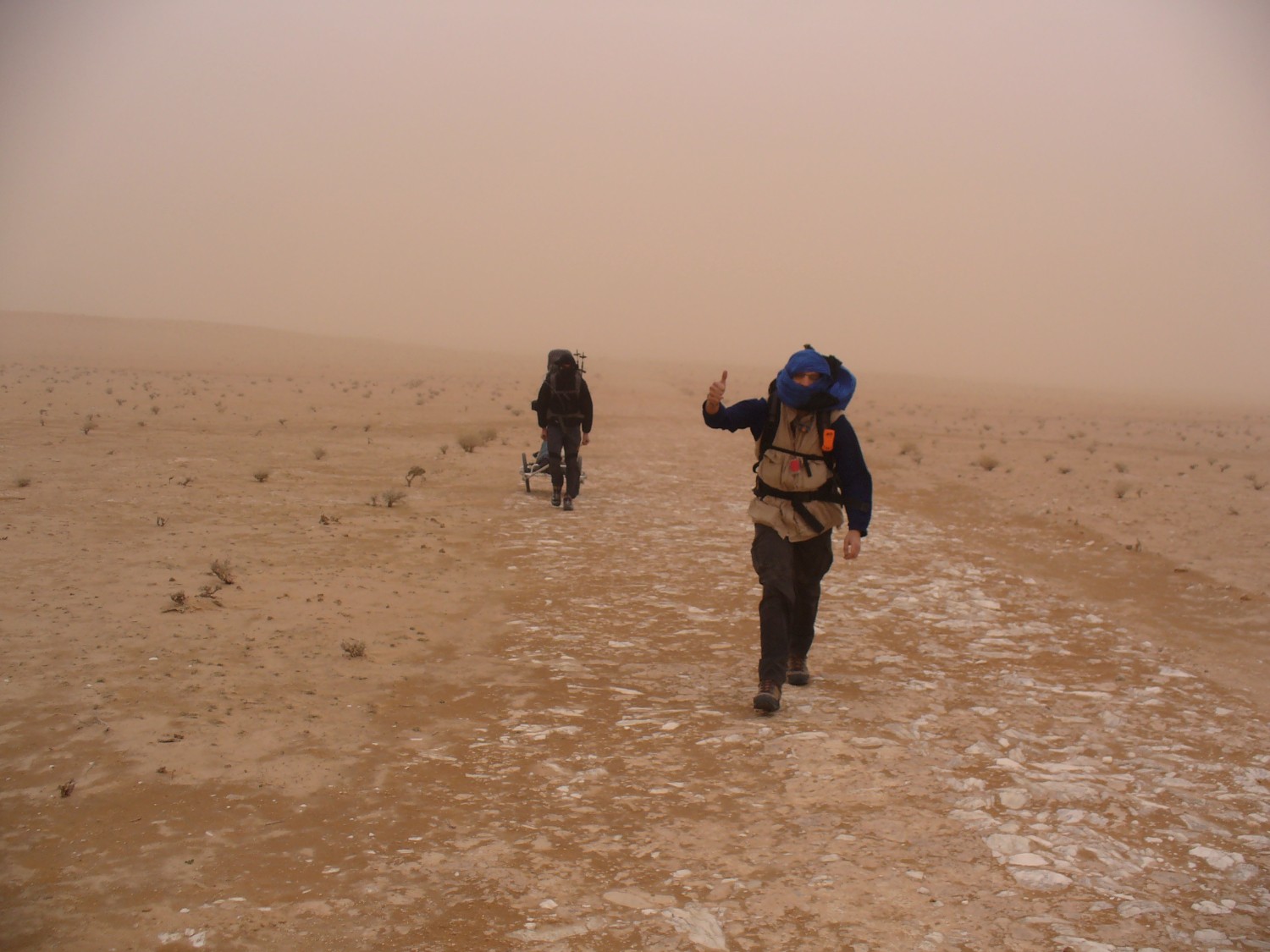 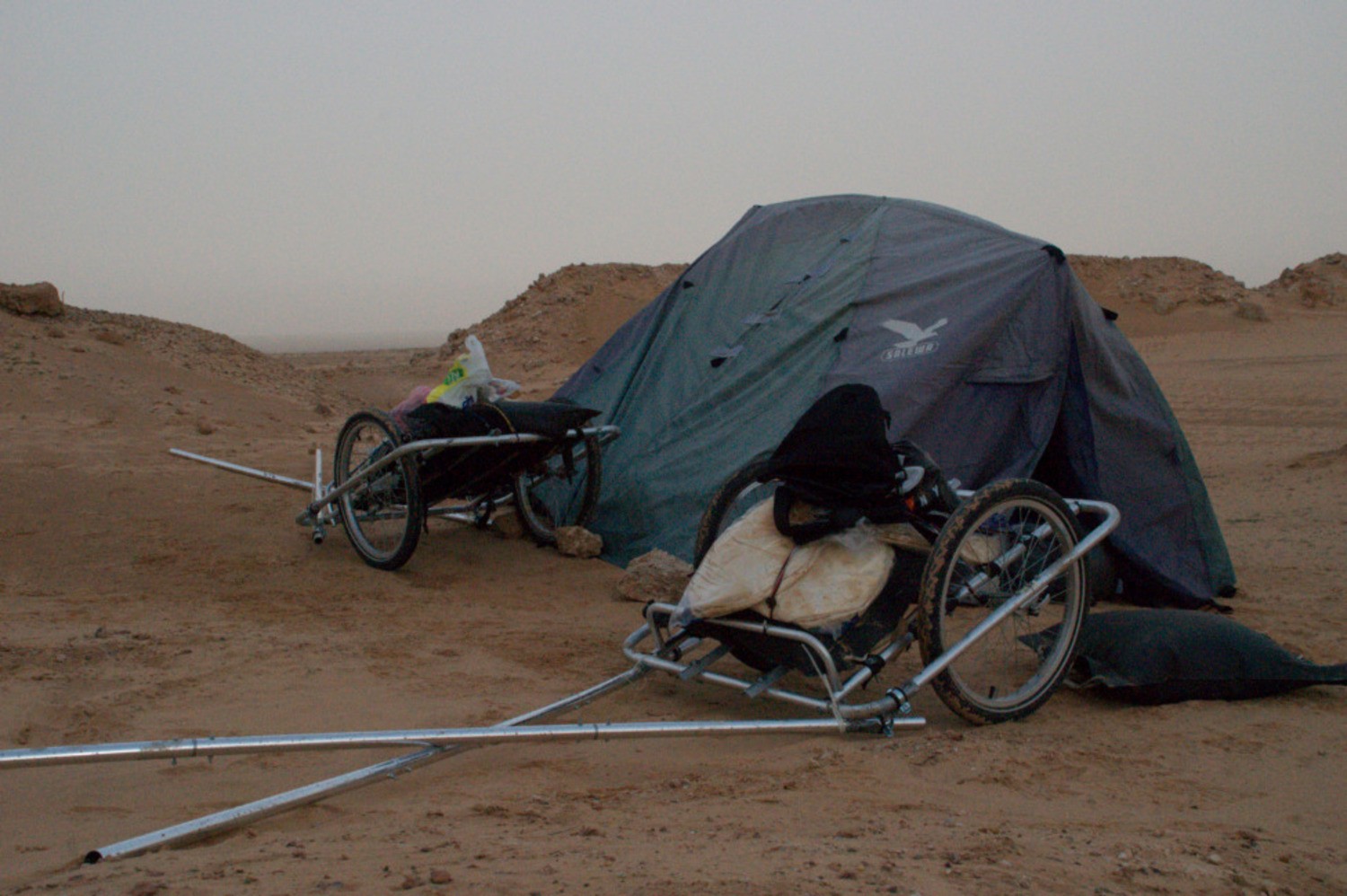 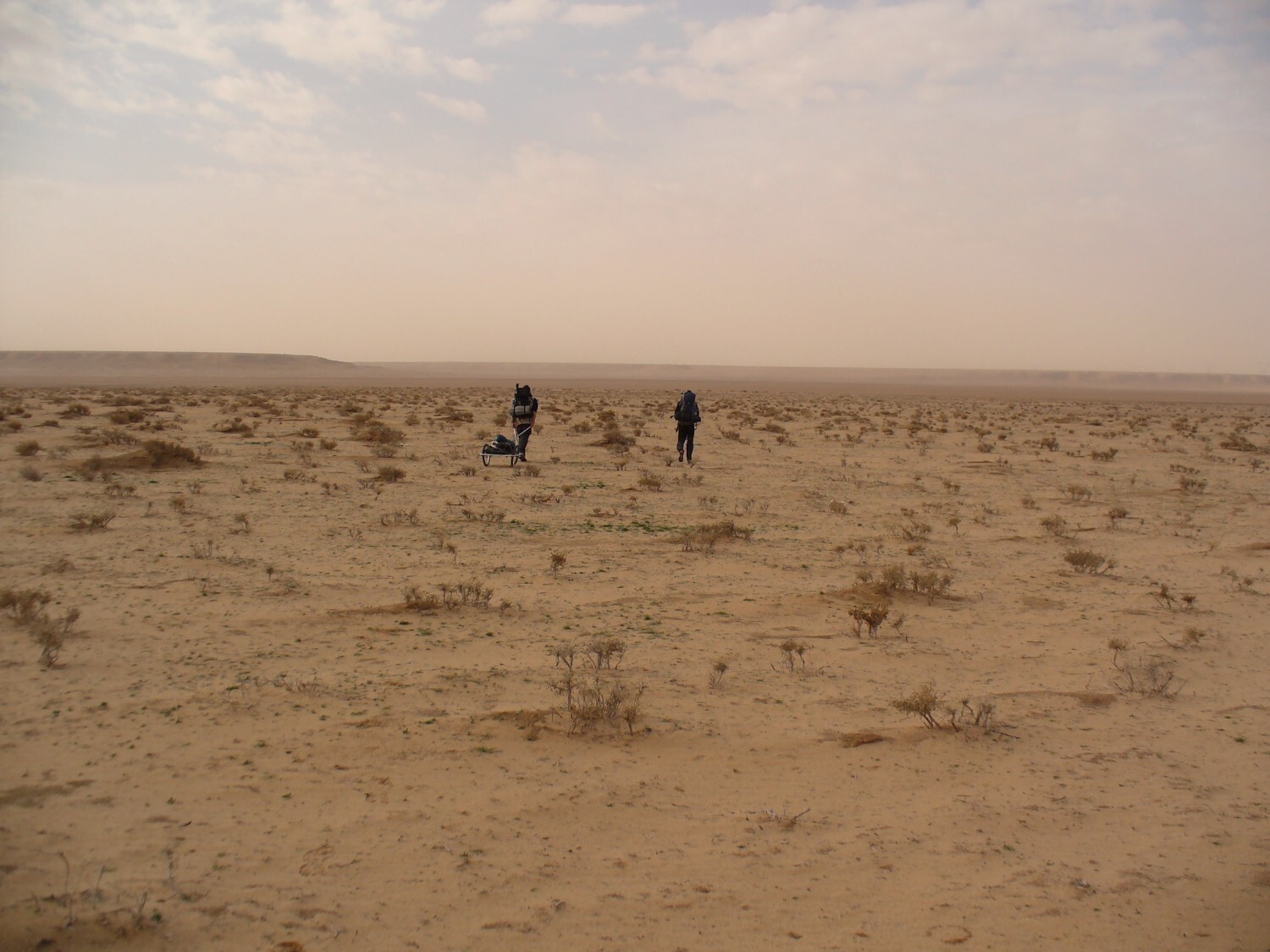 Back in Time - Solo Hiking the Desert of Jordan

Back in 2005, I started my first solo hiking trip into the desert of Jordan. Again, I made use of the self-built trailer which already survived the desert hiking trip in Egypt and which will also s...

In July/August 2016 I crossed the Altiplano / Puna region along the Ruta de las Joyas Altoandinas between the Salar de Uyuni (Bolivia) and San Pedro de Atacama (Chile) by foot and solo over a dista...

Paying the GR221 a Visit - Mallorca